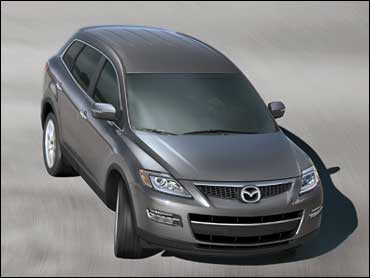 (Mazda USA)
Japanese automaker Mazda will raise $1 billion (96 billion yen) through the sale of new shares and treasury stock and pump money into the development of hybrid cars and other environmentally friendly vehicles, according to a Financial Times report Monday.

The car company will issue 363 million new shares, roughly a quarter of their current outstanding stock, and sell 96.8 million shares acquired last year from Ford. Ford sold off most of its 33 percent stake in Mazda last year as the global economy worsened.

Around two-thirds of the funds would go toward developing safer, more fuel-efficient cars, according to the company, which is trying to close the gap with Toyota and Honda. Mazda currently offers just one hybrid car – the Tribute – which uses technology developed by Ford.

The rest of the money would go toward general capital investment.

Mazda also reported a quicker-than-expected rebound in their second quarter, which saw a return to profitability at the operating level.

The car company is also trimming its projected losses for the fiscal year and bolstered its sales forecast, according to the Financial Times. In general, the Japanese auto market's production slump .