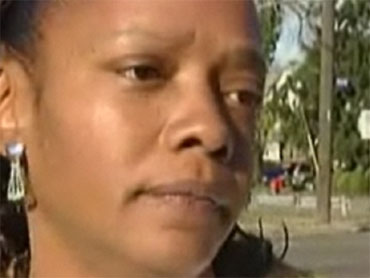 CLEVELAND (CBS/AP) "The Cleveland Strangler" is what many people are now calling Anthony Sowell, the alleged Ohio serial killer whose home and yard were found to be littered with the body parts of 11 women.

But "roommate" and "boyfriend" is what Lori Frazier, the niece of Cleveland Mayor Frank Jackson, called Sowell until recently. Frazier said she started a romance with Sowell soon after he was released from prison in 2005 and lived with the accused killer while a terrible stench, since learned to be rotting bodies, permeated his home.

"I want to know why, why would he do this," Sowell said in an interview last week. "He took care of me."

Frazier said she still considered herself to be in a relationship with the suspected murderer, but did not say if it was romantic.

CBS affiliate WOIO Channel 19 first broke the news that Mayor Jackson had a personal connection to the killings. 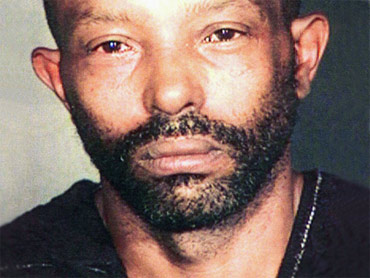 The mayor had been facing mounting public pressure over Cleveland police's failure to uncover Sowell's alleged "house of horrors" even though local women had gone missing since the convicted sex offender's release from jail and the neighborhood smelled of rotting flesh.

But recently his reflections were personal. "My niece would probably fit the same profile of many victims," Jackson told reports. "So she is fortunate, very fortunate."

Frazier moved in with Sowell a month after he emerged from a 15-year prison sentence for attempted rape. She moved out last year.

The mayor's niece said she used drugs with the convict, and that she was an addict.

Frazier said that she noticed the foul smell of decaying bodies in the home, but the alleged serial killer told her the odor was from the sausage shop next door and his stepmother downstairs.

The stench around the home returned stronger than ever Wednesday as police searched the house next door for more bodies and carried out bags of evidence.

"It's like it got worse," said 22-year-old neighbor Terrance Johnson. "It smells bad in the air, like death." 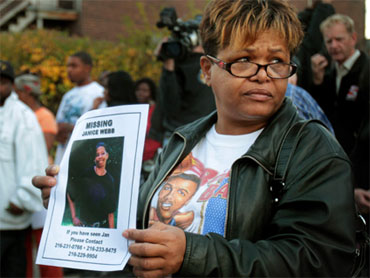 (AP/The Plain Dealer, John Kuntz)
Photo: Patricia Warren of Cleveland holds up a missing persons poster of her cousin Janice Webb, missing since June of this year, outside the home of Anthony Sowell on Friday, Oct. 30, 2009 in Cleveland.

Four plainclothes officers carried bags of evidence from the house next door to Sowell's early Wednesday afternoon, but police did not indicate what had been removed. The red-painted house next to Sowell's appeared to be abandoned but in good shape, aside from a broken porch railing.

The 50-year-old Sowell has been charged with five counts of aggravated murder. He was indicted Monday on one count of attempted murder, two counts of rape, two counts of kidnapping and two counts of felonious assault in an alleged attack Sept. 22 that led to the search of his home.

Neighbors blamed Wednesday's renewed odor on increased activity near Sowell's house. FBI agents planned to conduct a thermal-energy search of the property next door later Wednesday. Makers of thermal-imaging devices say they can help police find buried bodies because dirt that has been turned over radiates heat differently than compacted soil.

Police discovered the first two bodies and a freshly dug grave Oct. 29 at Sowell's house after officers came to investigate a woman's report that she had been raped there. Sowell had fled the home and was arrested two days later.

In all, the remains of 11 women have been found in Sowell's home or yard. All of the women were black and most had been strangled, the coroner said. Nine have been identified through DNA and dental records.

Scott Wilson, an FBI spokesman in Cleveland, has said investigators are reviewing its national database of unsolved crimes for any clues to possible connections to Sowell, particularly at locations where he served in the military.