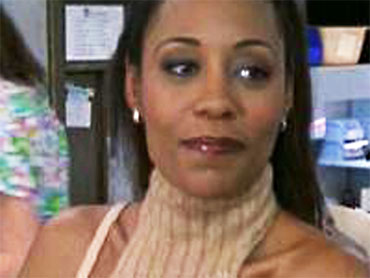 (ABC)
Photo: Alexsandra Wright in a video capture from an episode of "Scrubs."

TMZ reported that Wright filed the suit in Los Angeles Superior Court against Matthew Knowles, 58, who is married to Tina Knowles.

Matthew Knowles manages Beyonce and her sister Solange, who both have singing careers.

Wright has had guest roles in several television shows such as Scrubs and JAG.

According to the Web site, Wright is about six-months pregnant.