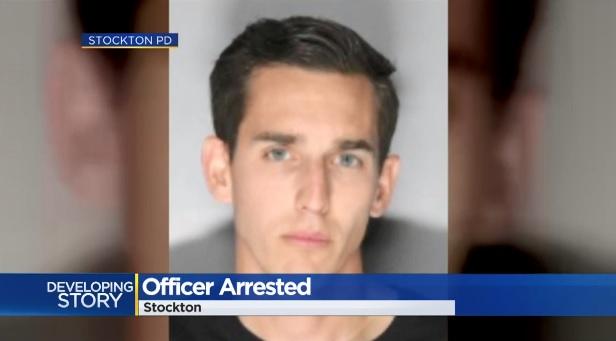 STOCKTON, Calif. -- The Stockton Police Department arrested one of their officers after allegations surfaced that he had inappropriate contact with a minor, according to CBS Sacramento. Officer Matthew Huff, who has been with the department for five years, was taken into custody Saturday morning.

Huff faces charges including contacting a minor to commit a felony, harmful matter sent to seduce a minor and annoying or molesting a child under 18.

Police have not said when the alleged incidents took place or how far back the investigations go. However, they did confirm the victim was a female.

"These actions are a major departure from the values and professionalism of the Stockton Police Department," police spokesperson Joe Silva said in a statement. "Accountability is critical to maintaining public trust."

Neighbors told CBS Sacramento they were shocked to hear one of their own was behind bars.

"To have something like that so close is scary," said neighbor Rhonda Hickerson. "You expect your neighborhood to be safe and your kids to be safe. It's very scary. There's a lot of children in this neighborhood that are outside playing all the time."

Huff was released from jail on Saturday. He will remain on administrative leave pending further investigation.