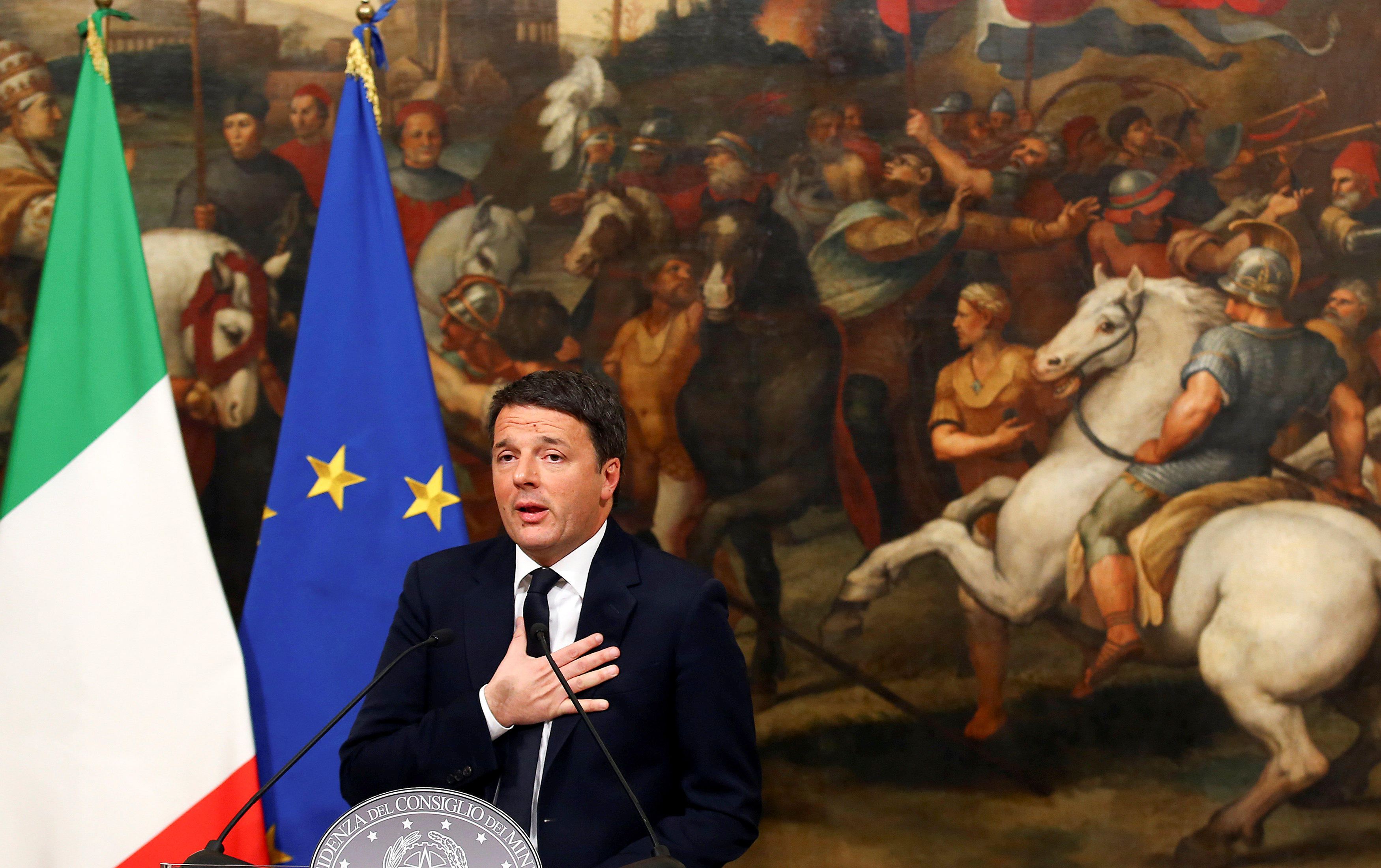 ROME - Italian Premier Matteo Renzi has resigned after a humiliating defeat on his reforms agenda that was central to his nearly three-year-long government.

President Sergio Mattarella asked him Wednesday evening to stay on in a caretaker role until a new government can be put in place.

Renzi tried to resign on Monday, but Mattarella told him to stay on until Parliament gave final approval to the 2017 national budget legislation.

“The ‘No’s’ have won in an extraordinary clear-cut way,” Renzi told reporters in Rome about an hour after polls had closed in Sunday’s balloting.

“I lost and the post that gets eliminated is mine,” Renzi said. “The government’s experience is over.”

In  an interview with “60 Minutes,” Renzi said he wanted to reduce the size of Italy’s Senate by two thirds, literally getting rid of hundreds of politicians, a monumental proposition for Italy. Renzi argued that Italy has changed governments 63 times in 70 years and trimming the size of government would help bring order to chaos and move the country into the 21st century. However, in the end, the vote became about the charismatic Renzi himself.

Many had read the referendum as an outlet for growing anti-establishment, populist sentiment in Europe.

The self-assured Renzi late last year pledged to offer his resignation if the referendum on overhauling a good part of the 1948 Constitution went down to defeat.

That was months before Britain’s David Cameron had made his ill-fated bet on the referendum on whether the U.K. should stay in the European Union. He lost that bet.

In Italy, the referendum was required because the reforms were approved by less than two-thirds of Parliament. But Renzi raised the stakes, turning the referendum into a virtual plebiscite on himself, when he pledged to quit if Italians turned their back on reforms to streamline the Senate and give the central government more powers at the cost of the regions.