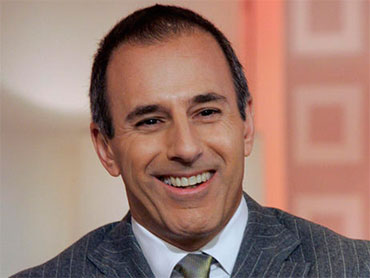 (CBS) On Wednesday news broke that Meredith Vieira may not renew her "Today" show contract. Now comes a report that Matt Lauer is out the door, too. What's going on over there?

"Entertainment Tonight" reports that Lauer has told his bosses at NBC that he'll leave the show when his contract expires on Dec. 31, 2012.

"Today" released a statement, saying, "There seems to be an awful lot of speculation around news anchors these days, and it's not our practice to comment on any of it. Matt Lauer has a long term contract with 'NBC News' and 'Today.'"