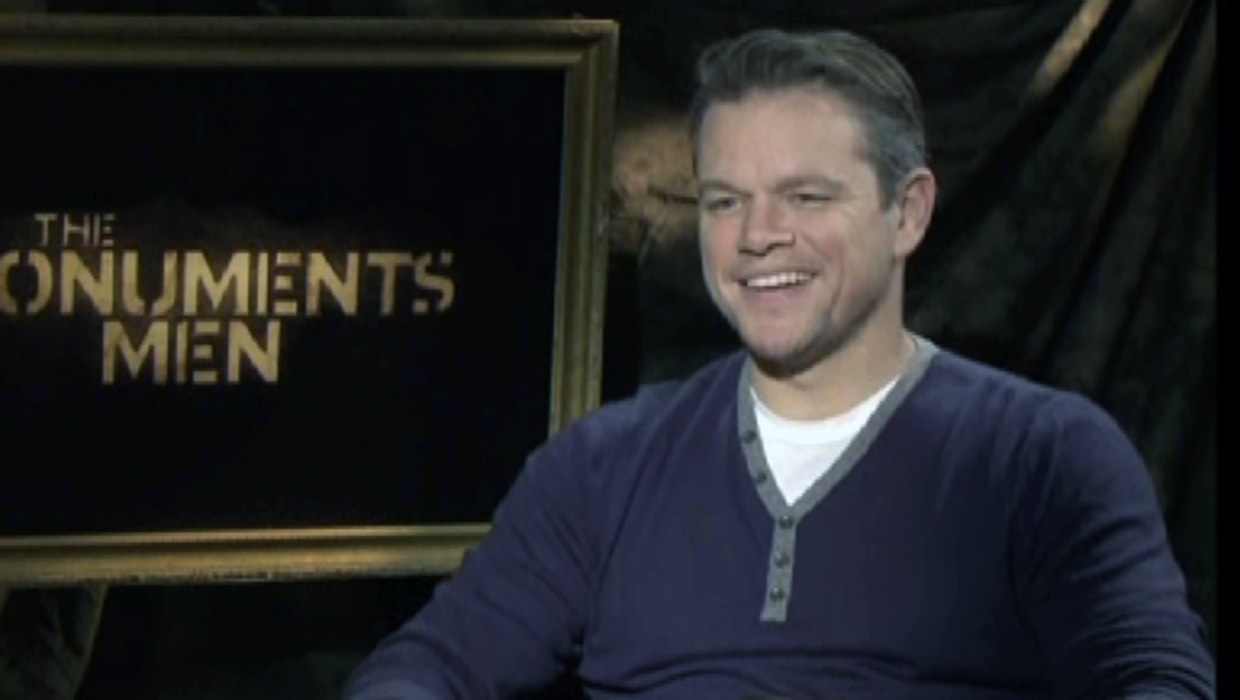 George Clooney is bringing a monumental story to the big screen.
The Oscar winner directs and stars in the comedic action-drama, "The Monuments Men," a real-life World War II story that may be unfamiliar to viewers, until now.
The plot centers around a group of atypical soldiers, made up of art historians and academics, sent by FDR to stop Hitler and the rest of the Nazis from stealing and destroying precious European masterpieces from the likes of Rembrandt, Vermeer, Botticelli and Manet.
Clooney's co-stars include Matt Damon, Bill Murray, Cate Blanchett, "Downton Abbey" cast member Hugh Bonneville and John Goodman.
In addition to directing and starring, Clooney also served as a producer and co-wrote the screenplay.
In a recent interview with CBS News, Damon spoke about Clooney's affinity for pulling pranks on his fellow actors.
Damon says he doesn't dare retaliate.
"I follow a 'don't poke the bear' theory with George," Damon said. "He's got too much free time. I've got four kids. What am I going to do? Get in a prank battle with George? That's not going to end well for me."
Watch the video above to hear Murray, Damon and Clooney speak about "The Monuments Men," which opens in theaters on Friday.