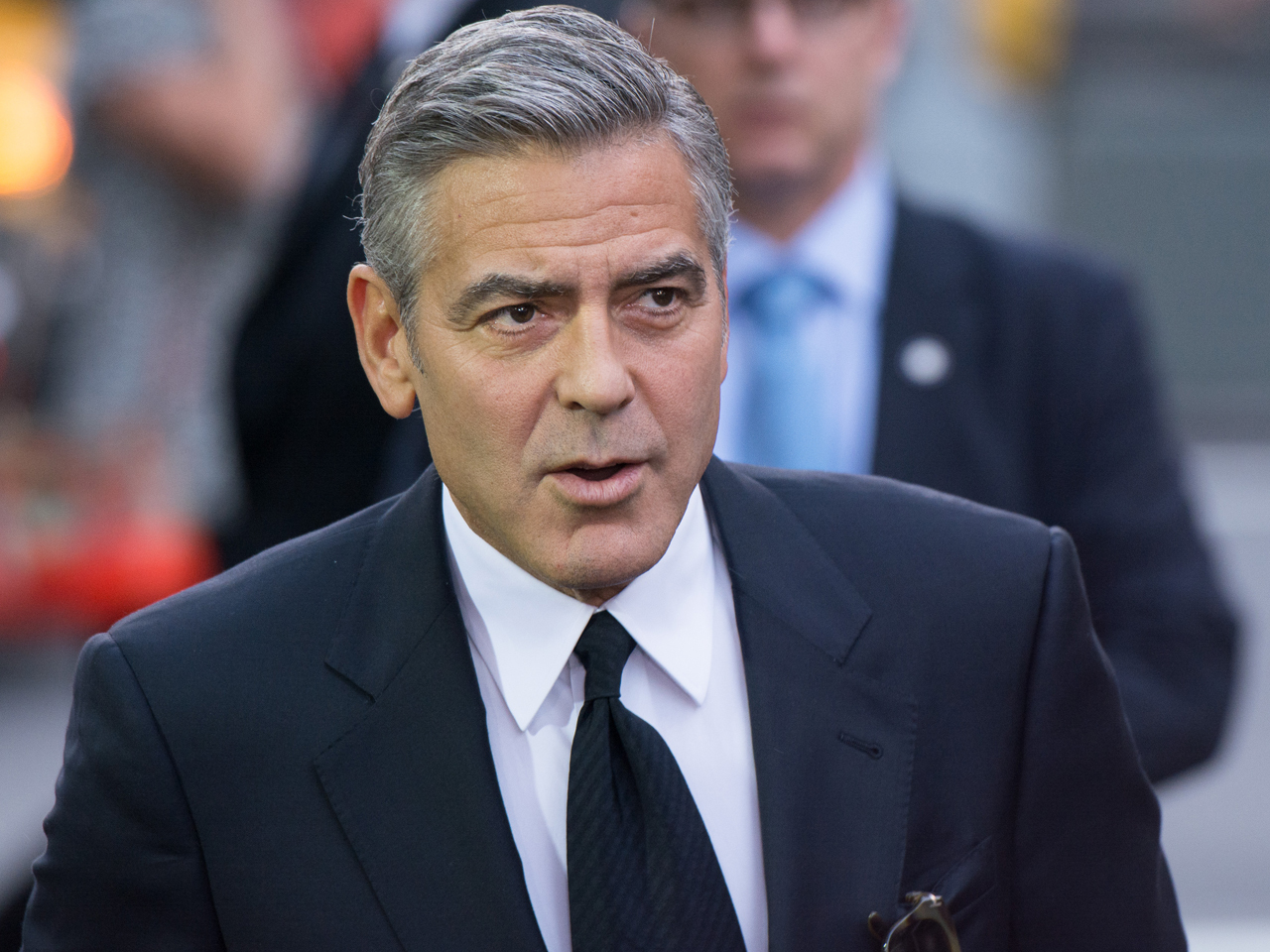 No more Mr. Nice Guy. In a no-holds-barred interview with Esquire magazine, George Clooney reveals his run-ins with the actors Russell Crowe and Leonardo DiCaprio.

Recalling some beef he had with Crowe, Clooney told Esquire's Tom Junod, "The truth is that [Crowe] did send me a book of poems to apologize for insulting the [explative] out of me, which he did. He picked a fight with me. He started it for no reason at all. He put out this thing saying, 'George Clooney, Harrison Ford, and Robert De Niro are sellouts.' And I put out a statement saying, 'He's probably right. And I'm glad he told us, 'cause Bob and Harrison and I were also thinking about starting a band, which would also fall under the heading of bad use of celebrity.'"

Clooney, 52, said this didn't go over too well with Crowe, 49. "And that's when he really went off on me. 'Who the [expletive] does this guy think he is? He's a Frank Sinatra wannabe.' He really went after me. And so I sent him a note going, 'Dude, the only people who succeed when two famous people are fighting is People magazine. What the [expletive] is wrong with you?'"

Later, the men made amends ...sorta. Clooney continues, "But then I had a year. Then I had 'Syriana' and 'Good Night, and Good Luck,' and he was gonna see me at the Golden Globes 'cause he was nominated for 'Cinderella Man.' So he sends me a disc of his music and a thing of his poetry. I think he said, 'I was all misquoted,' and I was like, 'Yeah, yeah. Whatever.'"

RELATED: Why Sandra Bullock thinks Clooney is a catch

The 'Gravity' actor also didn't shy away from telling another story about playing basketball with DiCaprio, 39, that didn't place the actor in a positive light. "I also know that you don't talk [expletive] unless you can play. And the thing about playing Leo is you have all these guys talking [expletive]. We get there, and there's this guy, Danny A I think his name is. Danny A is this club kid from New York. And he comes up to me and says, 'We played once at Chelsea Piers. I kicked your ass.' I said, 'I've only played at Chelsea Piers once in my life and ran the table. So if we played, you didn't kick anybody's ass.' And so then we're watching them warm up, and they're doing this weave around the court, and one of the guys I play with says, 'You know we're going to kill these guys, right?' Because they can't play at all. We're all like 50 years old, and we beat them three straight: 11-0, 11-0, 11-0," Clooney dished.

RELATED VIDEO: Where does Clooney keep his awards?

He then added, "And the discrepancy between their game and how they talked about their game made me think of how important it is to have someone in your life to tell you what's what. I'm not sure if Leo has someone like that."

Crowe and DiCaprio weren't the only stars the A-list actor called out. Admitting his distaste for Twitter, Clooney said, "Why on God's green Earth would you be on Twitter? ... I mean, when you see, like, Ashton Kutcher coming out going, you know, 'Everybody leave Joe Paterno alone,' or whatever he said, you just go, 'Fifteen minutes longer and a thought process and probably you wouldn't have done that.' "