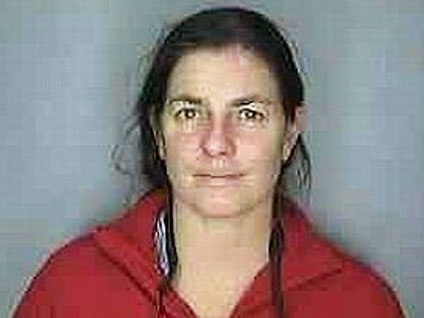 PLEASANT VALLEY, N.Y. (CBS/AP) Mary Richardson Kennedy, wife of Robert F. Kennedy Jr., was arrested Saturday for driving under the influence of drugs one month after her license was suspended after she pleaded guilty to driving while impaired by alcohol, said state police Tuesday.

Kennedy told the officer she was on her way to a yoga class, reported The Journal News.

Once arrested, Kennedy was taken to state police barracks in Millbrook, more than 80 miles north of New York City, and examined by a drug-recognition expert who concluded that she was under the influence of a prescription medication, according to the newspaper. The drug was not identified.

Kennedy was first arrested May 15 and charged with driving while intoxicated after a police officer reportedly saw her drive her car over a curb in Westchester County. According to police, Kennedy's blood-alcohol level registered at 0.11 percent, over the legal limit of 0.08 percent.

She evaded jail time by pleading guilty to a lesser charge.

Bedford police reportedly responded to the Kennedy home twice in May in the week leading up to Mary Kennedy's first arrest, but no crimes were committed.

Mary Kennedy is Robert Kennedy's second wife, and they have four children together. Robert Kennedy is the son of Sen. Robert F. Kennedy and the nephew of President John F. Kennedy, who were both assassinated in the 1960s. He has reportedly filed for divorce.