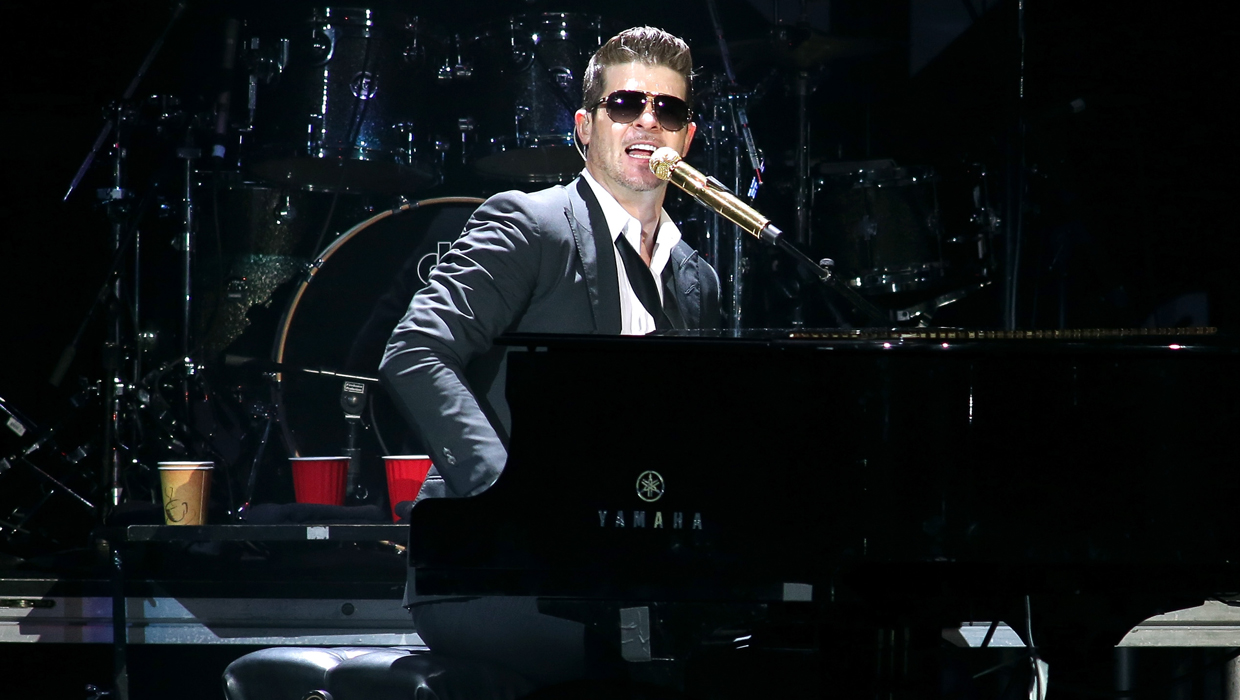 The Gayes had accused EMI of not pursuing a copyright infringement case against Thicke because "Blurred Lines" has similarities to Gaye's "Got to Give It Up."

A Los Angeles judge on Tuesday granted Nona Marvisa Gaye and Frankie Christian Gaye's dismissal of their lawsuit against EMI, which is owned by Sony/ATV Music Publishing. Documents say the Gayes and Sony have an agreement and claims against Sony can't be brought again. Terms of the settlement weren't disclosed.

Dueling lawsuits between the Gaye family and Thicke remain active.

Thicke and his collaborators T.I. and Pharrell Williams asked a federal judge in August to rule they didn't copy "Got to Give It Up" for "Blurred Lines," which is nominated for record of the year and other awards at the Jan. 26 Grammy Awards. Their song has sold 6.6 million tracks and was last year's biggest hit. It spent 12 weeks on top of the Billboard Hot 100 chart.

Gaye's children accused the performers in October of copying elements of his music for "Blurred Lines." Their lawsuit sought to block Thicke from using elements of their father's music in other songs and claimed Thicke improperly used Gaye's "After the Dance" for his No. 1 R&B hit "Love After War."

Marvin Gaye, whose other hit songs include "Sexual Healing" and "Let's Get It On," was shot dead by his father in 1984.