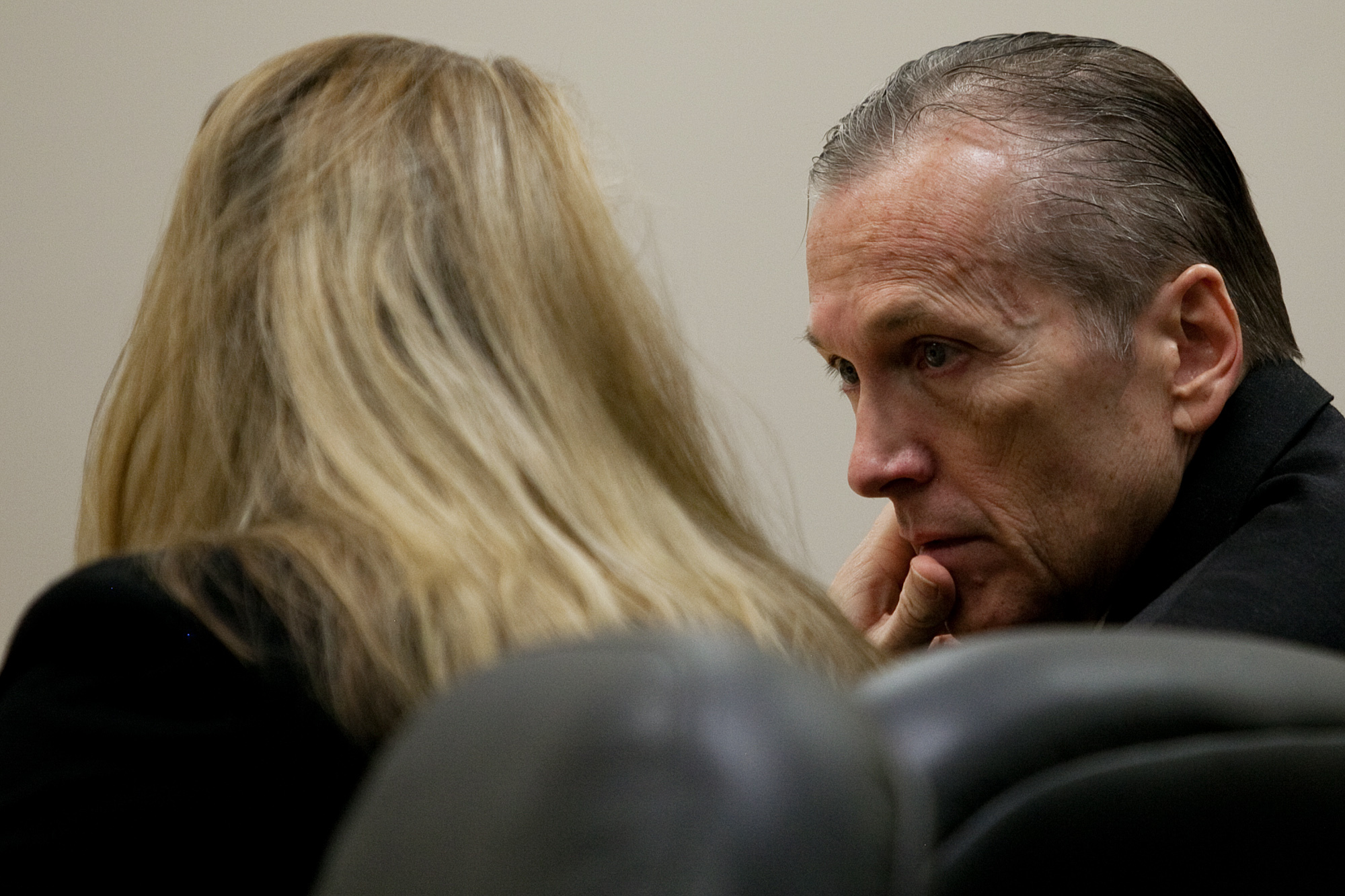 (CBS/AP) SALT LAKE CITY - Testimony concluded Thursday in the trial of a Utah doctor charged with killing his wife, with a defense witness disputing prosecutors' assertion that Martin MacNeill could have lifted her from the bathtub to save her.

Martin MacNeill was a doctor at a state psychiatric hospital when he found his wife, Michelle MacNeill, dead in a bathtub in 2007 at the couple's home in Pleasant Grove, 35 miles south of Salt Lake City. He is accused of knocking his wife out with drugs after she had undergone cosmetic surgery, then leaving her to die in the tub.

Martin MacNeill's lawyers argue his wife died of natural causes. They contend she had a heart attack and fell into the tub. A cause of death was never established.

Closing arguments are scheduled for Friday.

Earlier Thursday, Martin MacNeill's mistress, Gypsy Willis, testified she and MacNeill pretended to be married and traded love letters between 2009 and 2012 while both served prison terms for fraud charges involving Willis stealing the identity of one of MacNeill's adopted daughters to escape a debt-heavy history. But Willis insisted the affair ended years ago and she's seeing a different man.

Prosecutors suggested Willis was still in love with Martin MacNeill and was trying to protect him by denying she knew anything about his wife's death.

"Is it fair to say you appear to be minimizing your relationship with the defendant?" prosecutor Sam Pead asked.

"I don't believe so," Willis replied. She said she hadn't spoken to him in 4 years.

Willis said they took out a marriage certificate two months after Michele MacNeill's death but never actually got married.

Martin MacNeill was arrested for murder after his July 2012 release from a federal prison in Texas.

Arguably the most significant defense testimony Thursday came from an ergonomics expert who said it was "highly unlikely" that MacNeill could have lifted his 180-pound wife out of the high-rim tub, especially with him having to bend over to do it.

Prosecutors countered that Martin MacNeill was in good shape and weighed 206 pounds on a 6-foot-2 frame.

But the witness said the forces required to lift Michele MacNeill were three to four times the safe limit for a man of her husband's proportions. He could have damaged his spine trying, said Brett Besser, an industrial hygienist for the Occupational Safety and Health Administration.

"It's not to say it's impossible, but it would be quite a lift," Besser said.

Martin MacNeill told a police dispatcher he was unable to lift his wife from the tub, and it finally took a neighbor's help to accomplish it.

Defense lawyers also called a co-worker of Martin MacNeill's who testified there was nothing unusual about the doctor's demeanor before he left work to discover his wife unresponsive in the tub.

Earlier this week, several men who spent time behind bars with the doctor testifiedhe had acknowledged killing his wife - or suggested that investigators could never prove he did it.

On Thursday, defense attorney Randy Spencer moved for a directed verdict, meaning the case would be taken out of the hands of the jury and be solely decided upon by the judge. The defense hoped that would guarantee an acquittal due to the prosecutor's lack of evidence, reports CBS affiliate KUTV.