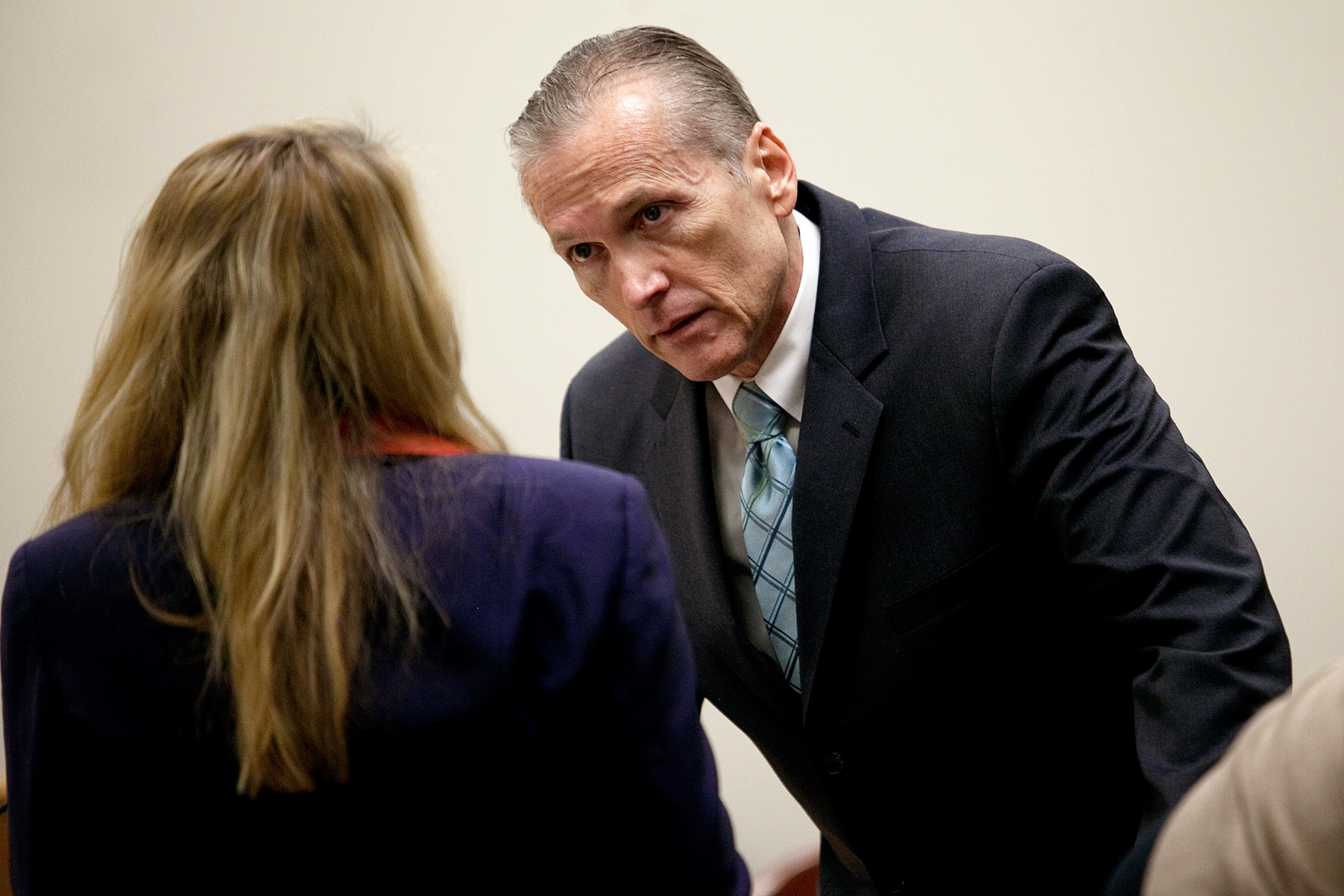 (CBS/AP) SALT LAKE CITY - Two men who spent time behind bars with Martin MacNeill, a former Utah doctor on trial for murder,testified Wednesday that he had acknowledged killing his wife.

One witness recalled MacNeill saying he was getting away with murder. Another said MacNeill told him that he had held his heavily drugged wife under water in a bathtub.

With prosecutors nearing the end of their mostly circumstantial case, witness Jason Poirier recounted his December 2012 conversation with MacNeill in the Utah County jail - a few months after MacNeill's arrest in the death of his wife, Michele MacNeill.

Poirier was being held on suspicion of shoplifting at the time.

Poirier said the conversation started when he asked MacNeill how he was able to get away with wearing custom-made shoes in jail. He said MacNeill replied, "'I can get away with a lot of things. I'm getting away with the murder of my wife.'"

A few days later, Poirier said, he asked MacNeill if the remark had been serious.

The doctor replied he was serious, threw up his arms and said, "'Look where I'm at,'" Poirier testified.

Poirier took the witness stand under a limited grant of immunity from possible drug and theft charges.

Defense lawyers attacked his credibility by getting him to acknowledge he thought he would avoid charges or get out of jail by informing on MacNeill.

Another inmate, whose identity was withheld by the court, recounted his conversations with MacNeill in 2011, when the doctor was being held on fraud charges at a federal prison in Texas.

The man, who was doing time for possessing cocaine and a gun, recalled MacNeill, who reportedly went by "Doc" inside prison, saying he had given his wife oxycodone and sleeping pills, helped her into a bathtub and held her head under water for a short time.

Oxycodone is a painkiller and experts have testified the drug was in Michele MacNeill's blood at the time of her death.

The witness testified that MacNeill also said his wife was in the way of his affairs and wanted the house and kids.

Three other prison inmates testified Tuesday that MacNeill regularly cursed his wife and bragged that investigators couldn't prove he killed her.

Those inmates also were from the Texas prison where MacNeill served time for helpinghis mistress adopt a new identity to escape a debt-heavy history.

Prosecutors planned to wrap up their case Thursday with more testimony from the mistress, Gypsy Willis. Prosecutors claim MacNeill killed his wife so he could be with Willis.

Defense lawyers argue she died of natural causes. They contend that Michelle MacNeill had a heart attack in 2007 and fell into the tub. A cause of death was never established.

Closing arguments could begin as soon as Friday.