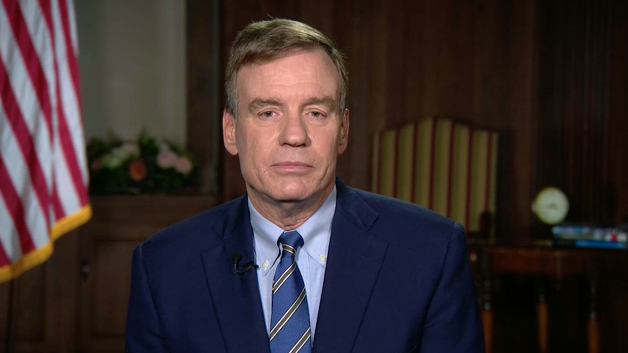 Sen. Mark Warner of Virginia, the top Democrat on the Senate Intelligence Committee, says that the committee likely won't release the findings of its investigation into Russian interference in the 2016 presidential election before the midterm elections in November.

"I think we'll be hard pressed," Warner said on "Face the Nation." He said the committee was continuing to explore aspects of the investigation like election security, social media's role in the 2016 election and the issue of potential collusion between the Trump campaign and Russia.

Warner said the committee has conducted more than 100 interviews and would still like to sit down with Michael Cohen, Mr. Trump's former attorney who pleaded guilty to fraud and campaign finance charges last month. Warner also said the committee would like to interview former Trump campaign adviser George Papadopoulos, who was sentenced this week to 14 days in prison for lying to the FBI about contacts he had with foreign nationals and his role in brokering a potential meeting between then-candidate Trump and Russian President Vladimir Putin during the 2016 campaign.

"We do want to see Papadopoulos. We also want to see Michael Cohen, who has indicated he would come back without any immunity and testify before our committee," said Warner.

Warner said Vice President Mike Pence's cooperation with special counsel Robert Mueller's probe is "great," speaking after Pence told "Face the Nation" he would be willing to sit down with Mueller's team. But Warner he wished President Trump would have that same level of interest in cooperating.

"It seems to me that Mr. Pence is doing the appropriate activity. There is an ongoing investigation that's had now, I believe, six guilty pleas over 30 indictments," said Warner. "Donald Trump continues to say he's done nothing wrong. Then he should sit down and talk to the Mueller investigation."

In light of journalist Bob Woodward's upcoming book about turmoil inside the White House and a remarkable op-ed in the New  York Times by a "senior administration official" about a "quiet resistance" in the administration, Warner said Mr. Trump is not a president who "understands our system of laws and rule of law."

The president has called for the Department of Justice to investigate and identity the anonymous author of the Times article. But Warner said he saw "absolutely no national security issues" with the op-ed.

"I wonder, when the Woodward book comes out, whether this president is going to try to sic the Justice Department on all the folks who have talked to Bob Woodward," suggested Warner. (The book, "Fear: Trump in the White House," is published by Simon & Schuster, a division of CBS, and goes on sale Tuesday.)

"This is a White House that's in chaos and a president that's become more and more untethered," Warner said. "It would appear that the walls are closing in on this president."