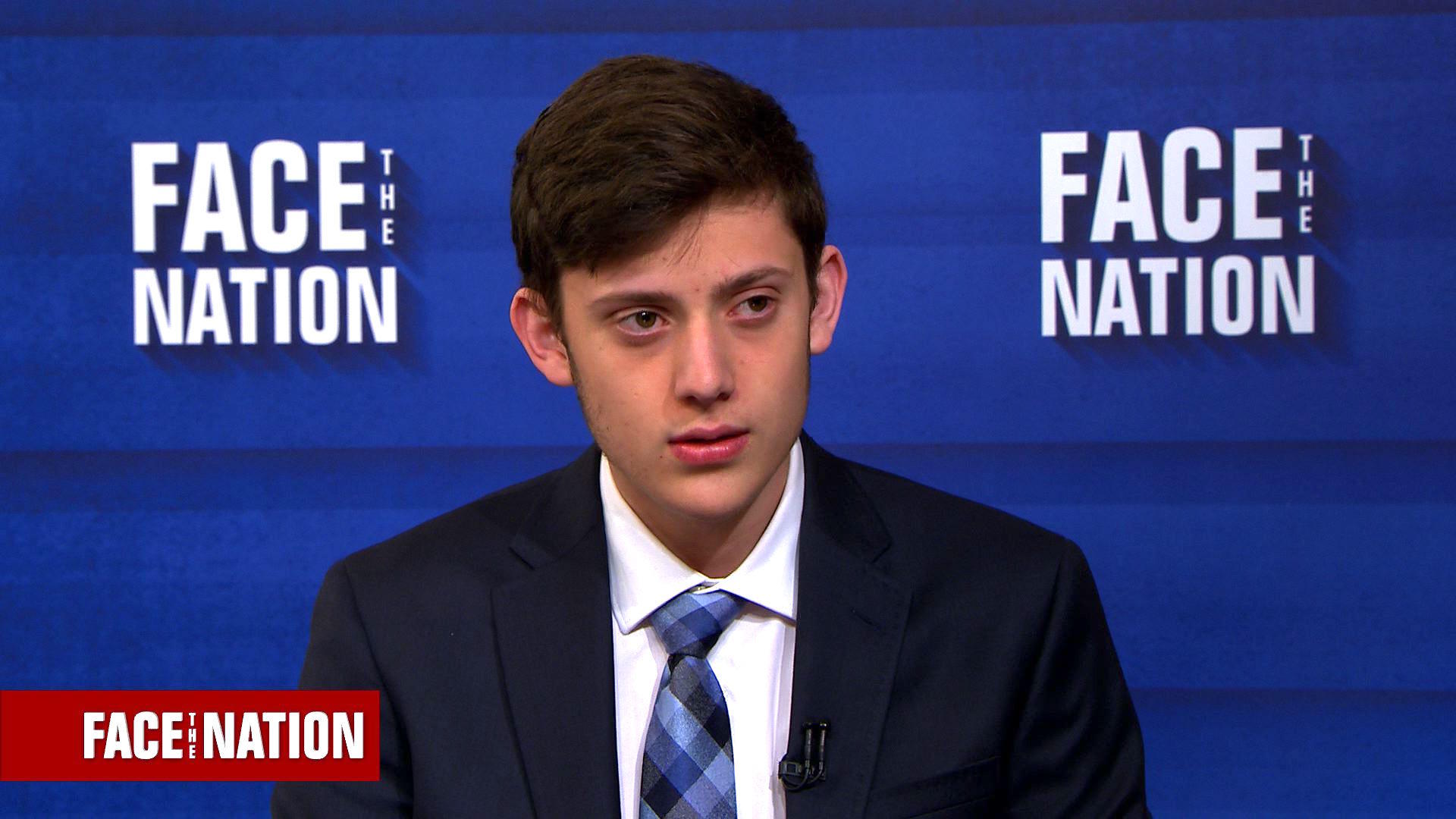 "I talked to senators and I looked at all the facts and they all point in the same direction the a ban on assault weapons will not solve this issue," Kashuv told CBS News' "Face the Nation" on Sunday.

Unlike many of his classmates from the Parkland, Florida, high school, Kashuv doesn't support more restrictive gun laws, like those embraced by protesters at Saturday's March for Our Lives rallies across the country. He has been meeting with lawmakers in Washington, D.C., to discuss solutions to gun violence that don't restrict Second Amendment rights.

"I agree with them completely that this cannot happen ever again," Kashuv said of his classmates. "But I differ with them on what policy needs to be made." Kashuv instead called for a debate with his fellow classmates as a way to find some "middle ground."

"I think that we have to sit down with all members of this issue. OK, sit down with me and David Hogg or Cameron Kasky and debate this and find a common middle ground because that's the only way that we're going to protect the American people," he said, referring to two classmates who have been outspoken about their demands for gun control.

Kashuv said he was "frustrated" by a lack of diversity of views at Saturday's March for Our Lives.

"What really concerned me was that how come I wasn't invited to speak at the march because as Americans we all have different point of views. And it's important to represent them all equally," said Kashuv.

Kashuv placed blame for the Parkland shooting on the Broward County Sheriff's Department and the FBI for failing to intervene before shooter Nikolas Cruz killed 17 people  on Feb. 14.