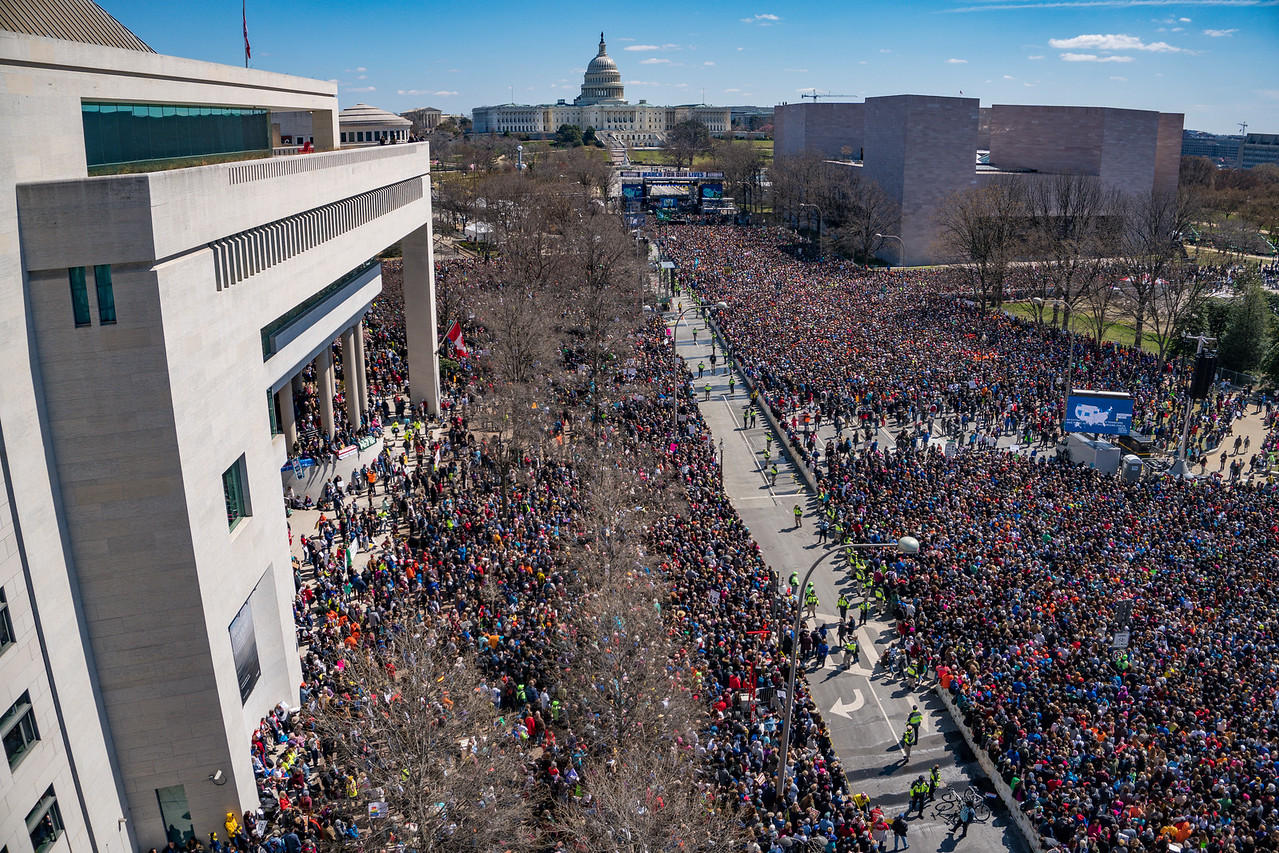 The peak crowd size was 202,796 people, with a margin of error of 15 percent, the firm said. The crowd reached its largest size at 1 p.m., according to the company's estimates.

The organizers put the total number of attendees at closer to 800,000. The largest single-day demonstration in U.S. history was the 2017 Women's March, with a crowd size of 440,000 people, according to DDIS' estimates.

In addition to the massive march in Washington, an estimated 800 other marches were held across the country, including one in Parkland, Florida, where the movement was born following the shooting at Stoneman Douglas High School in February.

The march was organized by survivors of the Parkland shooting. Emma González, one of the leading voices of the movement since the Parkland massacre, held a moment of silence at the podium Saturday.

"Since the time that I came out here, it has been 6 minutes and 20 seconds, the shooter has ceased shooting and will soon abandon his rifle and blend in with the students so he can walk free for an hour before arrest," González said. "Fight for your lives before it is someone else's job."

"My grandfather had a dream that his four little children would not be judged by the color of their skin, but by the content of their character," she said, referencing her grandfather's famous speech. "I have a dream that enough is enough. That this should be a gun-free world. Period."