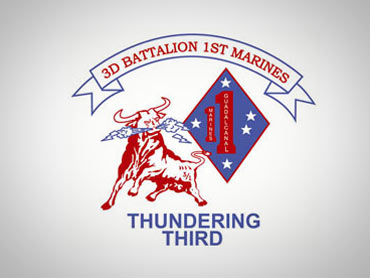 When he led a foot patrol out of Forward Operating Base Karma this morning, we didn't come across any tobacco - but there were fields and fields of opium poppies, which have just come to the end of their harvesting season, as well as large patches of cannabis, whose strong odor could be smelt clearly in the early morning air.

Not only does Afghanistan produce 90 percent of the world's heroin from its opium poppies, but it is also a huge producer of cannabis - much of which is consumed locally (it is a big problem within the Afghan security forces - hard to train soldiers or policemen to maintain discipline when some of them are more or less permanently stoned).

In this part of Helmand province almost all of the Marines' patrols are on foot - the few roads that run north-south parallel to the river have been heavily sewn with IEDs, which makes travel in vehicles dangerous, or very slow if they have to sweep the roads in front of them every time they go out. But on foot the Marines are far more maneuverable, they can walk through fields and over ditches along unpredictable routes to minimize the IED threat. The Taliban generally don't plant IEDs in fields, as that alienates the local population.

The fields were busy with farmers in the morning - a good sign for the Marines, because if an ambush is imminent the fields generally empty out of civilians. Now the poppy harvest is over the farmers were going around snapping off the dried-up poppy pods to collect the seeds inside for next year's crop - they then cut down the stalks to use as kindling for their cooking fires. Other fields are planted with wheat that is nearly ready for harvest, and in the summer these fields will be planted with corn. Then in the fall they plant poppy again which grows over the winter. Thanks to the plentiful supply of water from the series of canals running off the Helmand river (built back in the 1950's by American engineers) this part of the province is exceptionally productive farming land.

The Marines have only had a presence this far south for the past seven weeks - before that the area was under Taliban control - so the local population is still a little suspicious of the Marines. Some farmers were friendly and smiled, others maintained a dour look as the heavily armed Marines walked by. Some our doubtless still Taliban sympathizers, or at the very least are informers for the Taliban because they are paid by them or fear them.

Staff Sgt Worley is a genial guy with an earthy sense of humor, and he didn't hesitate sticking his hand out to people as he met them and saying hello. It will take many more miles of patrolling through the fields and many more handshakes to get the local population to accept them, but the turning point will come when the locals are more inclined to come to the Marines and tell them where the IEDs are hidden, instead of going to the Taliban and telling them what the Marines are doing. One field, one handshake, one smile at a time.

The patrol, which started at 6.45 in the morning, got back to FOB Karma by 11 am - but it was already over 100 degrees. As the Marines filed back into their guarded compound and took off their helmets, Worley said "top up your camelbacks with water and get ready to go out again." One of the younger Marines, hot and sweating, asked "are we going out again now?" Worley looked down at him like a teacher at a querulous schoolboy. "I didn't say we're going out - I said we need to be ready to go out." Another day, another patrol....

Marines Push Taliban Back from Base