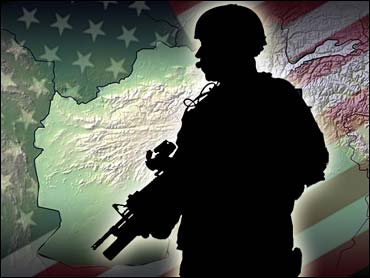 You can see it in his face.

He has been in Afghanistan for barely a week, and has been in meeting after meeting with local Afghan officials and members of the battalion he is replacing, trying to understand the area he and his Marines will be operating in for the next seven months.

He will formally take over command in the Garmsir district from the preceding battalion, 2/2 (Second Battalion, Second Marine Division), from Camp Lejeune, in the next week or two.

First crisis: Almost as soon as he arrived, the governor of the province of Helmand fired the local Garmsir district governor, a respected former mujahideen fighter who was well-liked by the local elders and tribal leaders. He was replaced by a young man who is not from the area and who has little political experience. Both the Marines and the elders went to the governor in the provincial capital, Lashkar Gah, to try to get the decision reversed, but to no avail.

For Watson, who wants to legitimize the Afghan government in the face of the locals, it is going to be difficult when the most senior representative of the government is an outsider and -- at least initially -- not welcomed.

Watson has been lucky that the previous commander in Garmsir, Lt. Col. John McDonough, is around to give him advice as he settles in. In fact, McDonough himself is lucky to be around, period.

In February as he was out travelling around his area, his vehicle was hit by an IED. The force of the explosion threw the vehicle upwards, breaking McDonough's back. It was such a serious injury he was sent by Medevac all the way back to the U.S., the first U.S. battalion commander in all of Afghanistan who had to be sent home because of injury.

Contrary to all expectations, and going against all medical advice and his doctors' recommendations, McDonough got himself flown back to Afghanistan a couple of weeks ago.

He stands very upright -- hidden under his uniform is a full back brace -- but he was determined to hand over command in person to Watson, and go home with his Marines.