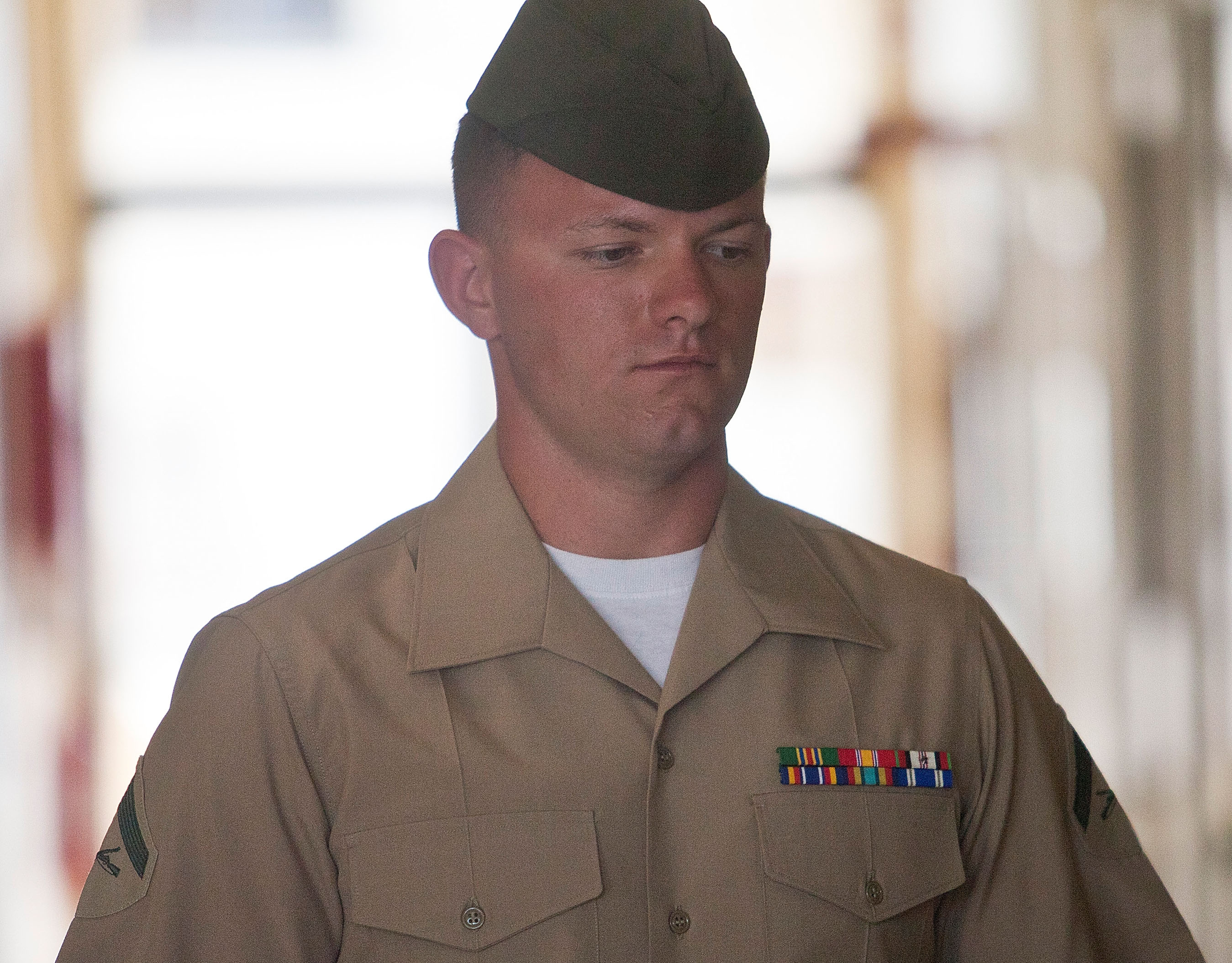 (CBS/AP) KANEOHE BAY, Hawaii - A judge sentenced a Hawaii-based Marine on Monday to 30 days in jail for punching and kicking a fellow Marine who killed himself shortly afterward, saying she found no evidence the abuse led to the suicide.

Jacoby, who pleaded guilty to assault, said he punched and kicked Lance Cpl. Harry Lew, of Santa Clara, Calif., out of anger and frustration that the fellow Marine repeatedly fell asleep while on watch for Taliban fighters at their isolated patrol base in the Helmand province.

Jacoby, one of three Marines accused of hazing, told a judge he wanted to talk to Lew to find out why he kept falling asleep and to help him stay awake. Jacoby said he got angry when Lew spoke to him in a disrespectful manner, even though Lew was putting the lives of the Marines at their patrol base in danger by dozing off.

Squad members and officers had previously tried different methods to get Lew to stay awake, but on Lew's last night, when he fell asleep again, those efforts escalated into alleged acts of violence and humiliation, according to the charges. The Marines were accused of punching and kicking him, making him do pushups and pouring sand in his face.

A central question in the case has been whether the Marines intended to humiliate and harm Lew or discipline him so he would stop falling asleep while on watch duty.

Navy Capt. Carrie Stephens, the judge in Jacoby's special court-martial on Monday, said she found no evidence that Jacoby's abuse of Lew caused Lew to kill himself on April 3, 2011. She said she didn't take the suicide into account when determining the sentence.

Before sentencing, Jacoby said he was sorry and that he wanted to take responsibility for his actions.

"I allowed my emotions and frustrations to get the best of me, and acted out against a fellow Marine," Jacoby said.

Sgt. Benjamin Johns, the leader of Jacoby and Lew's squad, and Lance Cpl. Carlos Orozco III are also accused in the hazing case. They will have their own separate court-martial later.