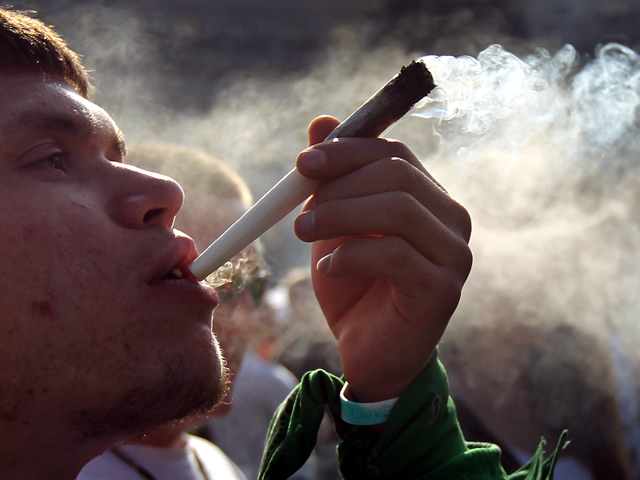 (CBS) Occasionally smoking marijuana won't harm your lung function, according to a new study. But that doesn't mean the drug won't cause a whole mess of other problems, experts cautioned in light of the new findings.

The study, published in the Jan. 10 issue of the Journal of the American Medical Association, found occasional pot smokers - who used a median of roughly two to three joints per month - had normal lung function compared to tobacco smokers in the study.

"Marijuana may have beneficial effects on pain control, appetite, mood, and management of other chronic symptoms," the researchers wrote. "Our findings suggest that occasional use of marijuana for these or other purposes may not be associated with adverse consequences on pulmonary function."

Study co-author Dr. Stefan Kertesz, an associate professor of preventive medicine at the University of Alabama at Birgmingham, said when it comes to the question of whether marijuana can have other negative impacts on health, the answer isn't so simple.

"Marijuana is like any complex substance that affects many different parts of human biology and human functioning," Kertesz told CBS News in an email. "For some people it's going to be the impact on social life or legal issues or intellectual functioning that might be harmful," he said, adding that some people really do develop severe addictions to marijuana.

A recent study in the Archives of General Psychiatry found THC - the active ingredient in marijuana - can trigger psychosis in people by clouding the brain's ability to distinguish between important and unimportant signals that constantly flood the brain, LiveScience reported. Marijuana smoking has also been tied to anxiety, schizophrenia, bipolar disorders, and depression.

Not all doctors were even convinced that marijuana had zero impact on a person's lung health. For the study, researchers gave two kinds of pulmonary function tests that gauge a person's ability to inhale and exhale. The study did not look at lung cancer, or other disease rates among pot-smokers.

"I think a lot more work will need to be done to make any blanket statements about safety," Dr. Jeanette Tetrault, a substance abuse researcher at the Yale School of Medicine in New Haven, who wasn't involved in the study, told Reuters. "These are only two measures of pulmonary function and don't really paint the entire picture."

"Casual or recreational marijuana use is not a safe alternative to tobacco smoking," he said.

Dr. Donald P. Tashkin, a marijuana researcher at the David Geffen School of Medicine at UCLA, told WebMD the study should not be taken as the final word on marijuana's safety for pot smokers.

"The smoke in marijuana contains thousands of ingredients, many of which are toxic and noxious and have the potential, at least, to cause airway injury," Tashkin said. "In an ideal world, it would be preferable to take it in another form."