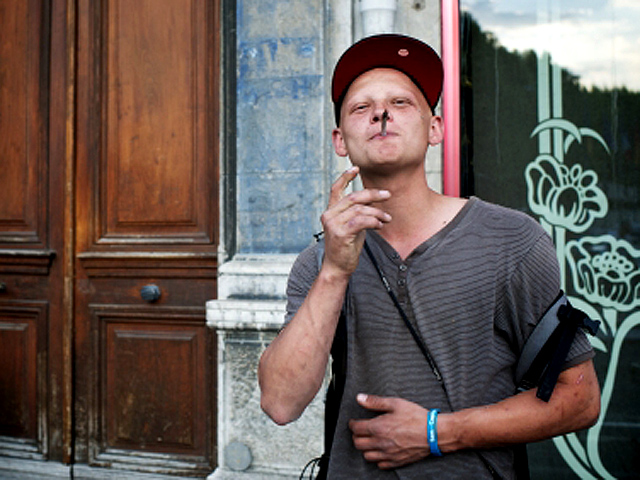 (CBS) - Is smoking marijuana bad for your health? The question is often debated when it comes to medical marijuana, but a new study suggests if smoking pot is bad for your body, your lungs aren't bearing the brunt of the damage.

That might sound like a lot, but most of the marijuana smokers in this study were not heavy users, according to study co-author Dr. Stefan Kertesz, an associate professor of preventive medicine at the University of Alabama at Birgmingham.

"This is not a study focused on the kinds of individuals you would see in treatment programs for chemical dependence or in the latest 'Harold and Kumar' movie," Kertesz told CBS News in an email. Kertesz said the median marijuana smokers in the study used roughly two to three joints per month, which may include some people who would smoke frequently but then stop for a long period of time.

What the researchers find?

At more than 10 joint-years of marijuana exposure, the researchers saw a slight decline in lung function, but the researchers said that finding was not statistically significant, so could be due to chance. Cigarette smokers, who smoked a median of eight to nine cigarettes per day, saw a significant drop in lung function over the twenty year study.

"Marijuana may have beneficial effects on pain control, appetite, mood, and management of other chronic symptoms," the researchers wrote. "Our findings suggest that occasional use of marijuana for these or other purposes may not be associated with adverse consequences on pulmonary function."

The researchers said it's more difficult to determine if long-term, heavy marijuana use is worse for lungs - because that pattern of smoking was "relatively rare" among the study participants - but they said there was a need for caution and moderation when marijuana use is considered.

Is smoking marijuana easier on the lungs than smoking cigarettes?

Kertesz told CBS News that low doses of marijuana among users who aren't addicted, "seems to pose lower risk to lungs than the typical usage patterns of cigarette smoking."

But that doesn't mean it's good for your lungs. Kertesz said smoking marijuana irritates the airways, triggers cough and phlegm production, and could be especially dangerous for asthmatics. Also, since the participants were originally enrolled in a heart study, the researchers couldn't determine how many got lung cancer.

"So don't assume that there is 'no' risk no matter who you are," Kertesz said.

Dr. Robert Glatter, an emergency medicine physician at Lenox Hill Hospital in New York City, told CBS News in an email, "while casual marijuana use may not reflect an immediate decrease in lung function, marijuana smoke contains high levels of tar, which is bad for your health."

"Casual or recreational marijuana use is not a safe alternative to tobacco smoking."

Marijuana smoke not as damaging to lungs as cigarette smoke from uabnews on Vimeo.