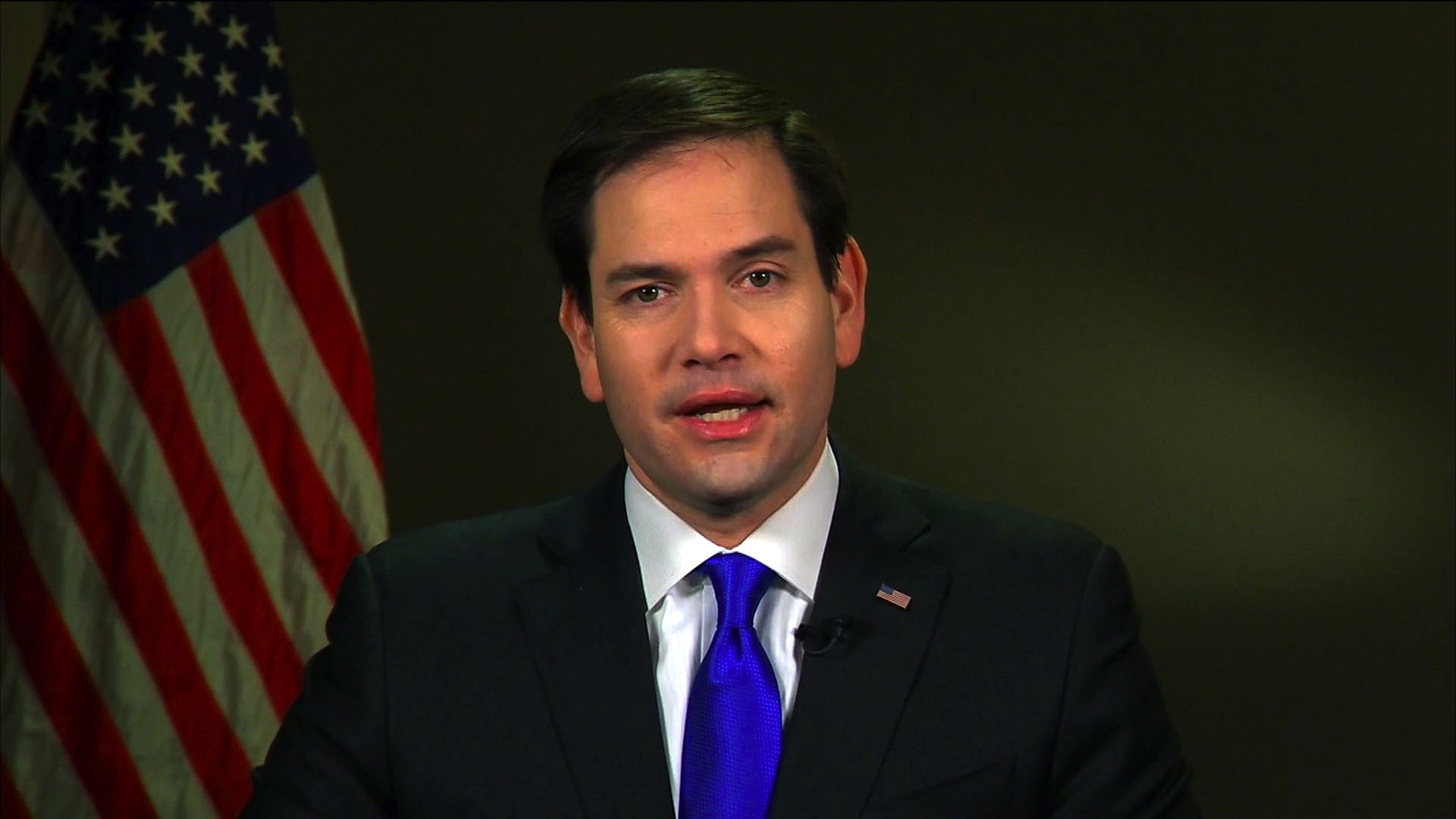 Florida Sen. Marco Rubio said Sunday that if Donald Trump becomes the Republican nominee during the 2016 White House race, the "hounds of hell" will descend on him.

"If Donald Trump were to ever become the nominee immediately the hounds of hell will descend on him, tear him apart, everything he's ever done from not releasing his taxes to all of his failed business dealings," he said on CBS's "Face the Nation." "And Hillary Clinton's going to have a clear shot to the Oval Office."

Rubio called Trump a "world-class con artist," saying he's become more vocally critical of Trump in recent days because voters need to know his candidacy is a "scam." As Republicans get increasingly jittery about the prospect of Trump as the nominee, many have looked to Rubio as the party's best chance of beating him.

"He conned all of these people who signed up for Trump University. Now he's trying to do the same thing to Republican voters," Rubio said. "He's trying to convince them that somehow he's the guy that's going to stand up for illegal immigration but he hires illegal immigrants. He says he's fighting for American workers but he's hiring foreign workers for his hotels. That he's going to bring back jobs from China and Mexico but in fact he's creating jobs in China and Mexico because that's where all of his suits and ties that he sells are made. It's a con job. It's a scam. And we're going to unveil it here, we're going to reveal it."

The Florida senator acknowledged that he's the "underdog" in the race, but repeatedly said he will not allow Trump to get the delegates necessary for the nomination.

Asked by moderator John Dickerson how he can say Trump is a con artist and yet have pledged to support him if he's the nominee, Rubio said he won't discuss a hypothetical that will never happen.

As for why Trump's been successful thus far, Rubio said there's a "weird bias" in the media that makes people treat him differently and require less substance from him than from his rivals.

"No other candidate could've gotten away with that so I think there's kind of a weird bias here in the media rooting for Donald Trump because they know he's the easiest Republican to beat," Rubio said.

Looking further down the calendar, Rubio said he's going to win his home state of Florida on March 15. Observers say Florida is a must-win for Rubio, but recent polling has put Donald Trump ahead by double digits. "We're going to win Florida," Rubio said. "Florida is not going to vote for a con-artist like Donald Trump."