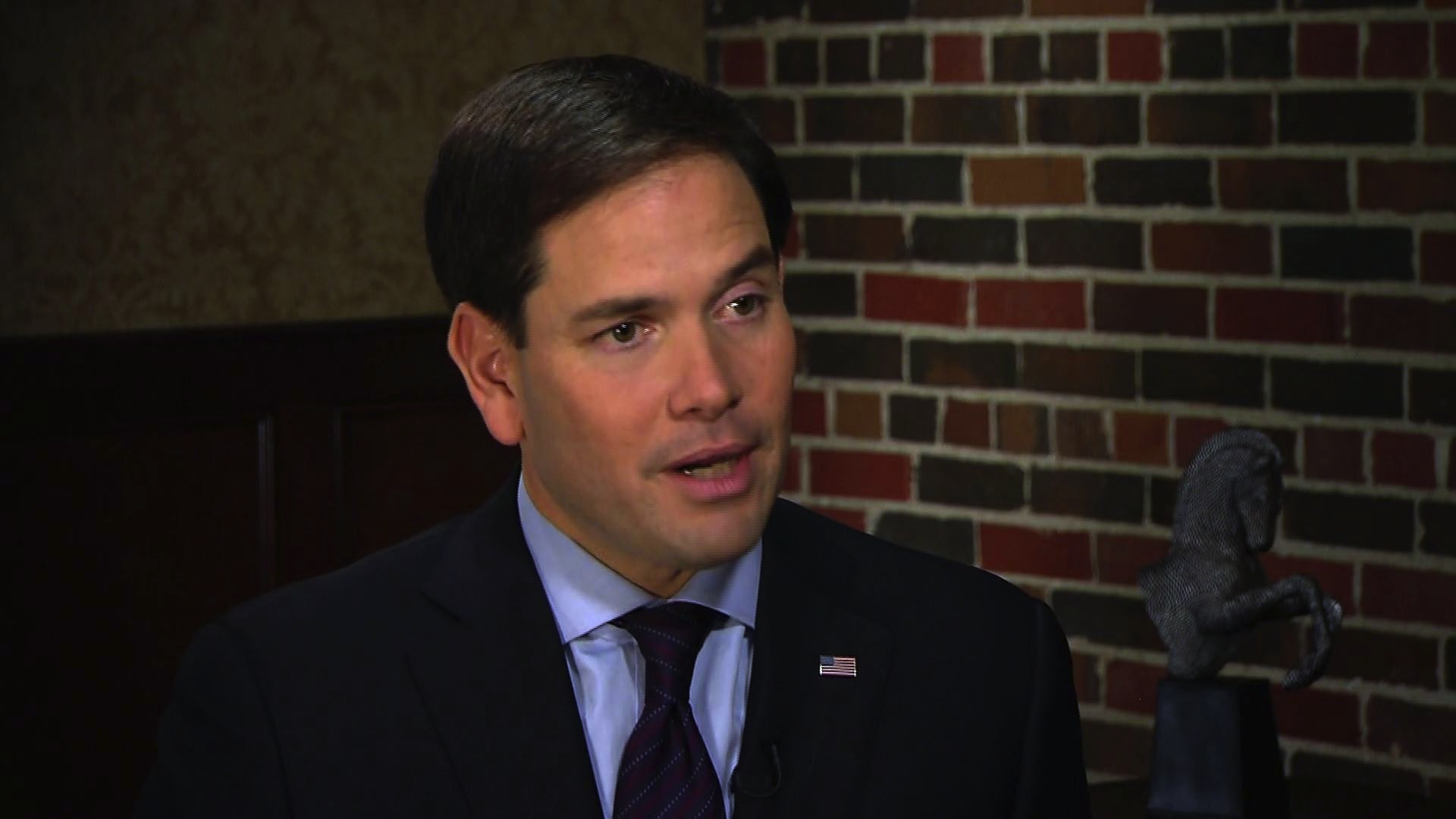 Republican presidential candidate Marco Rubio dismissed concerns that his tax reform plan would explode the federal deficit in a recent interview with "Face the Nation," arguing that economic growth and cuts to entitlement spending would help close any revenue shortfall caused by his proposed reforms.

The Florida senator's plan would slash income taxes and reduce the number of income tax brackets from six to three, with incomes under $150,000 taxed at 15 percent, incomes between $150,000 and $300,000 taxed at 25 percent, and incomes over $300,000 taxed at 35 percent. It would also expand the child tax credit by $2,500, and it would eliminate taxes on capital gains and dividends for new investments, among other adjustments.

The net result of his proposals, according to an analysis from the conservative Tax Foundation, would decrease government revenues by $6 trillion over 10 years. It's a figure that makes even some right-leaning policy experts nervous.

"The revenue loss Rubio is proposing is huge," wrote conservative commentator Ramesh Ponnuru in a recent column for Bloomberg View. "It would be irresponsible given our looming debt problems to cut taxes by that much and hope that spending cuts and economic growth would save the day."

Rubio, in response, argued that his tax plan should not be viewed in a vacuum - that cuts to entitlement programs, coupled with the economic growth engendered by his tax reforms, would close the gap.

"The argument about the debt, which is the question that he's raising, you cannot simply solve that through a tax plan alone," the senator explained. "It has to be a combination of things. You have to have the spending discipline on the mandatory spending programs and you need to sustain significant economic growth."

"The tax plan is part of the economic growth part of that equation...in conjunction with that, we must deal with the mandatory spending programs. Medicare and Social Security must be reformed for future beneficiaries, people like me, who are 25 years away from retirement," Rubio added. "You have to do both. And it's that combination of sustained growth and fiscal discipline that will bring the national debt to a responsible level as a percentage of the overall size of our economy. But without the growth you can't get there. You can't get there from cuts alone. But you need the growth component. And that's what the tax plan is designed to do."

"Face the Nation" host John Dickerson highlighted an analysis from the Tax Foundation which found that, even factoring in the economic growth that might result from Rubio's proposed reforms, his plan would still cause a revenue shortfall of $2.4 trillion over 10 years.

He also noted Rubio's proposal to increase defense spending and postpone entitlement reforms to shield current beneficiaries from any changes - both adjustments that would complicate efforts to balance the budget.

Given all of that, and given the dearth of available cuts to discretionary spending, Dickerson asked Rubio, how will your plan produce enough revenue to avoid busting the budget?

"You're never going to get it from the discretionary," Rubio allowed, referring to the portion of the federal budget that is neither defense spending nor mandatory entitlement spending. "It's less than 30 of our budget."

"Here's the thing to remember," he added. "The debt matters as a percentage of the overall size of our economy. If the economy is a pie, the debt is a slice of it. And the problem is the slice has gotten as big as the pie. But we need to grow that pie and we need to keep the slice constant. And as result, the debt becomes more manageable. And that's why the reforms of the mandatory spending programs for future beneficiaries is so critical, because those programs will bankrupt themselves. That is where you're going to find the discipline necessary in the long term, to bring the debt under to a more responsible percentage of the overall size of our economy."

Whether Rubio's tax reform proposals would spur enough economic growth to offset any revenue shortfall they'd create is up for debate. But the senator did speak to an economic principle often lost in the political tug-of-war over debt and deficits: to minimize the potential economic harms inflicted by a ballooning U.S. federal debt, the government does not necessarily need to pay off the debt that has already accrued. If policymakers can stop the cumulative debt from increasing, or prevent the debt from growing at a greater rate than the overall economy, eventually the debt-to-GDP ratio will be small enough to minimize the risk of economic harm.