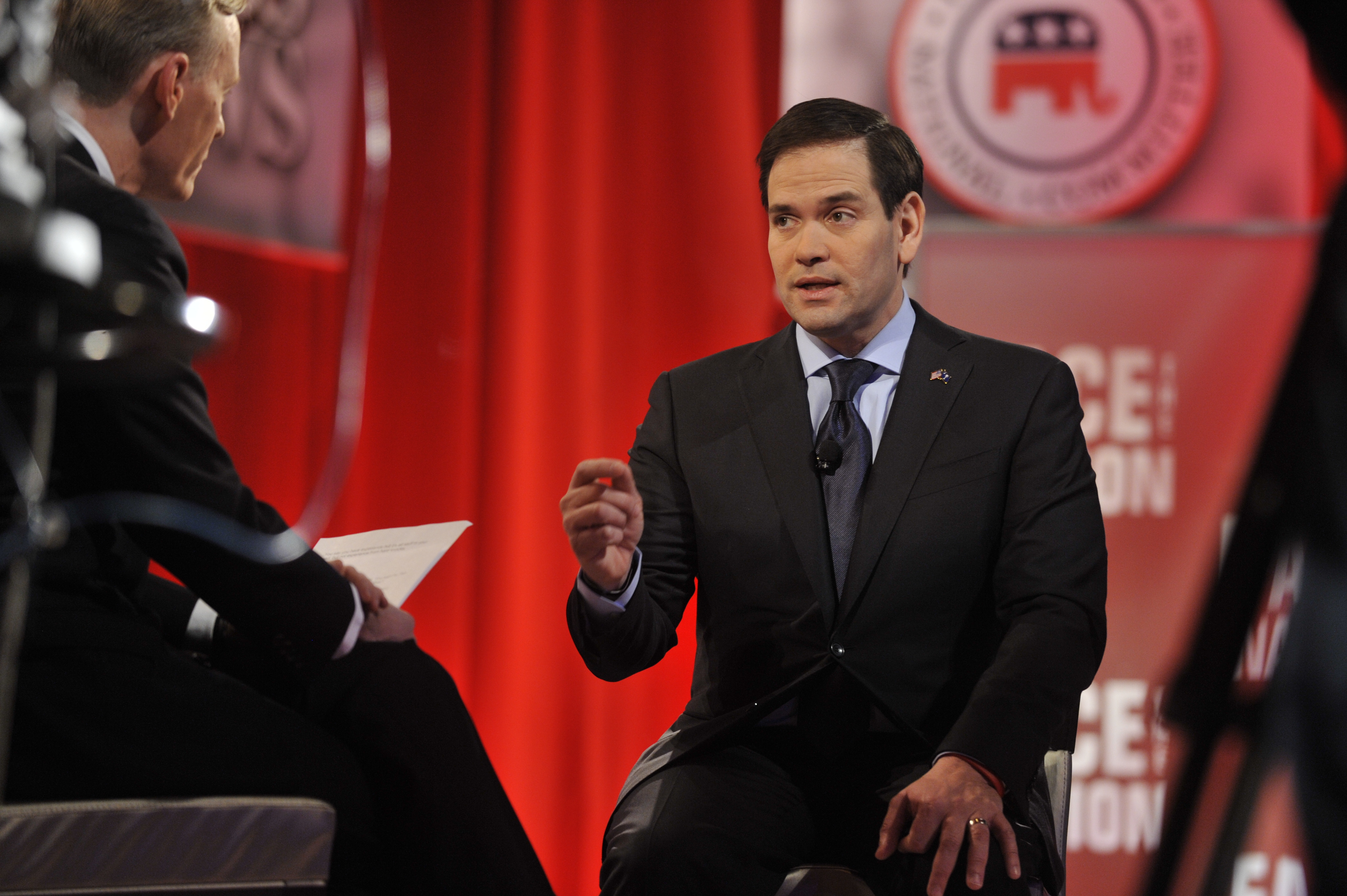 If last week's GOP debate hurt Marco Rubio in the New Hampshire primary, Saturday night's GOP debate on CBS may have helped him.

In a national overnight poll of Republicans and independents, 32 percent said they thought Rubio was the winner. It was highest percentage of any candidate.

Part of the formula for success, Rubio said, is responding to all attacks against him.

"I would prefer the debates be all about policy. If you watch, I never launch these attacks, but if I'm attacked, I need to respond," he said Sunday on CBS' "Face the Nation." "I think that was a mistake I made a week ago when I didn't."

He also lobbed a few attacks of his own, specifically targeting his fellow senator and GOP presidential candidate Ted Cruz with whom he has tangled in several debates.

He suggested Cruz's actions are "going to trouble people deeply" because he seems "willing to say or do anything to win an election."

That didn't stop him from lobbing attacks at his fellow senator and GOP presidential candidate, Ted Cruz.

As the upcoming South Carolina primary, Rubio tried to downplay the state's importance because delegates are allocated proportionally rather than given entirely to the winner. He noted that he received the same number of delegates in New Hampshire as Cruz and former Florida Gov. Jeb Bush, the third and fourth place finishers.

"Once we get into the winner-take-all states, now the stakes become much higher. And so, for us, I think it's continuing to do well in these early states, getting ourselves in a strong delegate position, and then really give ourselves the opportunity when the race is narrowed to do real well once it's a winner-take-all," he said.

He disagreed with the idea that he has to beat Kasich and Bush before taking on frontrunner Donald Trump.

"I get attacked by everybody because I believe our message is one that appeals to voters across the Republican Party. And so, I think that's why ultimately I am the only one left in this race that can bring this party together quickly and then grow the conservative movement. So I've never viewed myself in a one-on-one competition with anyone on that debate stage," he said.

On the Supreme Court, Rubio he supports Senate Majority Leader Mitch McConnell's intention to block President Obama from naming a successor to deceased Justice Antonin Scalia and that as president, he would refrain from making judicial appointments during his final months in the White House.

There are about 11 months left in President Obama's second term.

Rubio said he would not use a litmus test of a specific issue if he were to nominate judges, but rather this principle: "Does the justice, this person that we are nominating have a consistent and proving record of interpreting the Constitution as initially meant?...What did those words mean to that society at the time in which those words were written in the Constitution?"