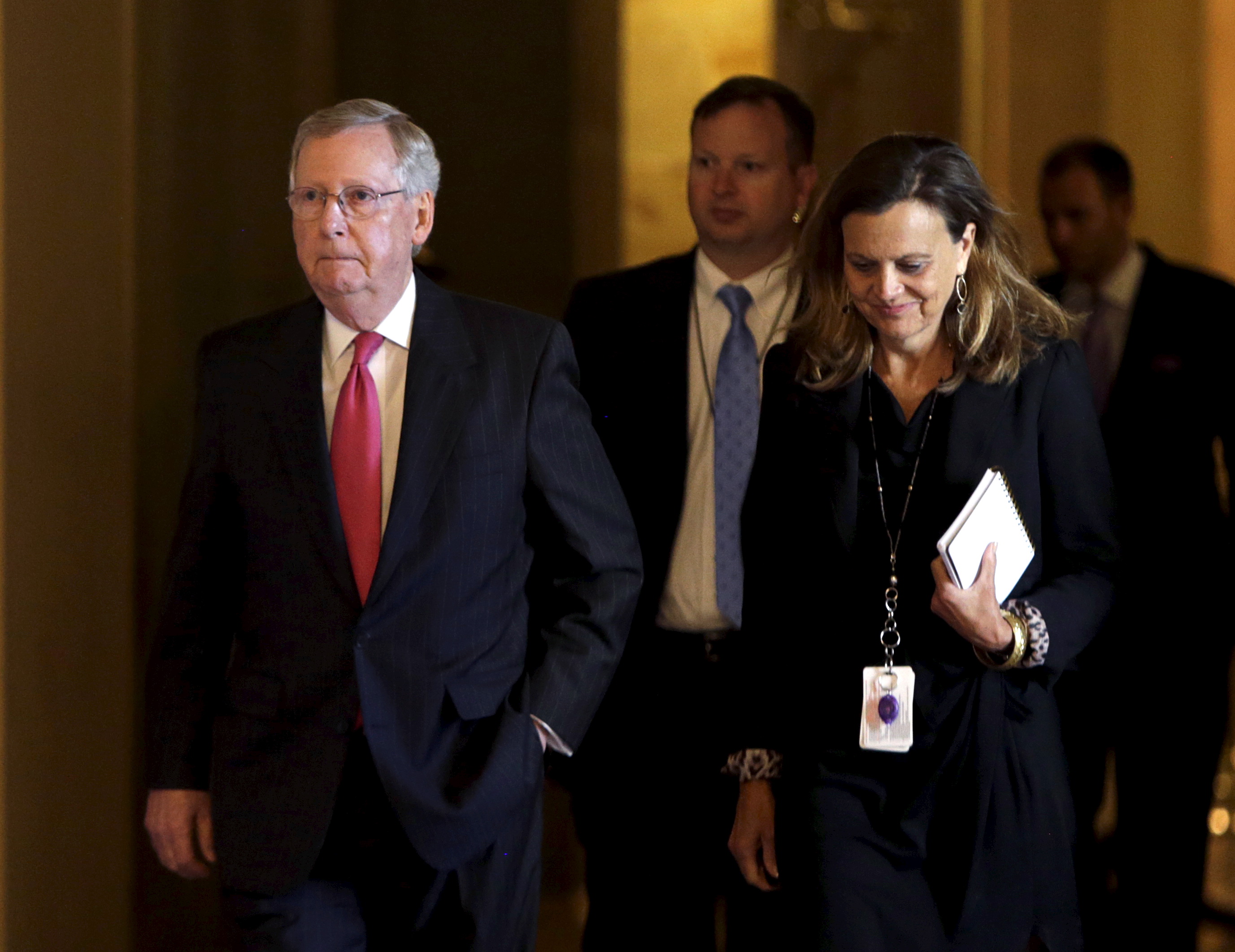 Senate Majority Leader Mitch McConnell, R-Kentucky, believes the U.S. Senate should wait 11 months for the next president to be sworn in before confirming a Supreme Court justice to replace the late Justice Antonin Scalia.

"The American people‎ should have a voice in the selection of their next Supreme Court Justice," the conservative leader said in a statement following the news of Scalia's death. "Therefore, this vacancy should not be filled until we have a new president."

Scalia, one of the court's conservative members, was found dead on Saturday, CBS News confirmed.

In his statement, McConnell said the nation has "lost an unwavering champion" of the Constitution. "Through the sheer force of his intellect and his legendary wit, this giant of American jurisprudence almost singlehandedly revived an approach to constitutional interpretation that prioritized the text and original meaning‎ of the Constitution," he said.

With Scalia's death, conservatives lose their 5-4 majority in the Supreme Court. If President Obama were to successfully nominate the next justice, he could tip the balance of power back into the liberals' hands.

Senate Minority Leader Harry Reid, D-Nevada, made clear he strongly disagrees with McConnell's assertion that the Senate should wait until next year to replace Scalia:

"With so many important issues pending before the Supreme Court, the Senate has a responsibility to fill vacancies as soon as possible," Reid added in a statement. "It would be unprecedented in recent history for the Supreme Court to go a year with a vacant seat. Failing to fill this vacancy would be a shameful abdication of one of the Senate's most essential Constitutional responsibilities."

Elizabeth Wydra, president of the Constitutional Accountability Center, said in a statement that there is no good reason why the president and the Senate cannot work to confirm a qualified nominee.

"The Supreme Court has the highest job approval rating of any of the three branches of government because it is still functioning, and the last thing the Court needs in the wake of Justice Scalia's loss is to adopt the Senate's dysfunction," she said. "The Court's work is of profound importance to this nation, and there is no reason to leave it short-staffed for nearly a year."

Ed Whelan, president of the Ethics and Public Policy Center, once clerked for Scalia, and said in a statement that"Senate Republicans would be grossly irresponsible to allow President Obama, in the last months of his presidency, to cement a liberal majority that will wreak havoc on the Constitution."

Whelan noted that it's been more than 80 years since a Supreme Court justice was confirmed in an election year to a vacancy that arose that year. "There has never been an election-year confirmation that would so dramatically alter the ideological composition of the Court," he said.