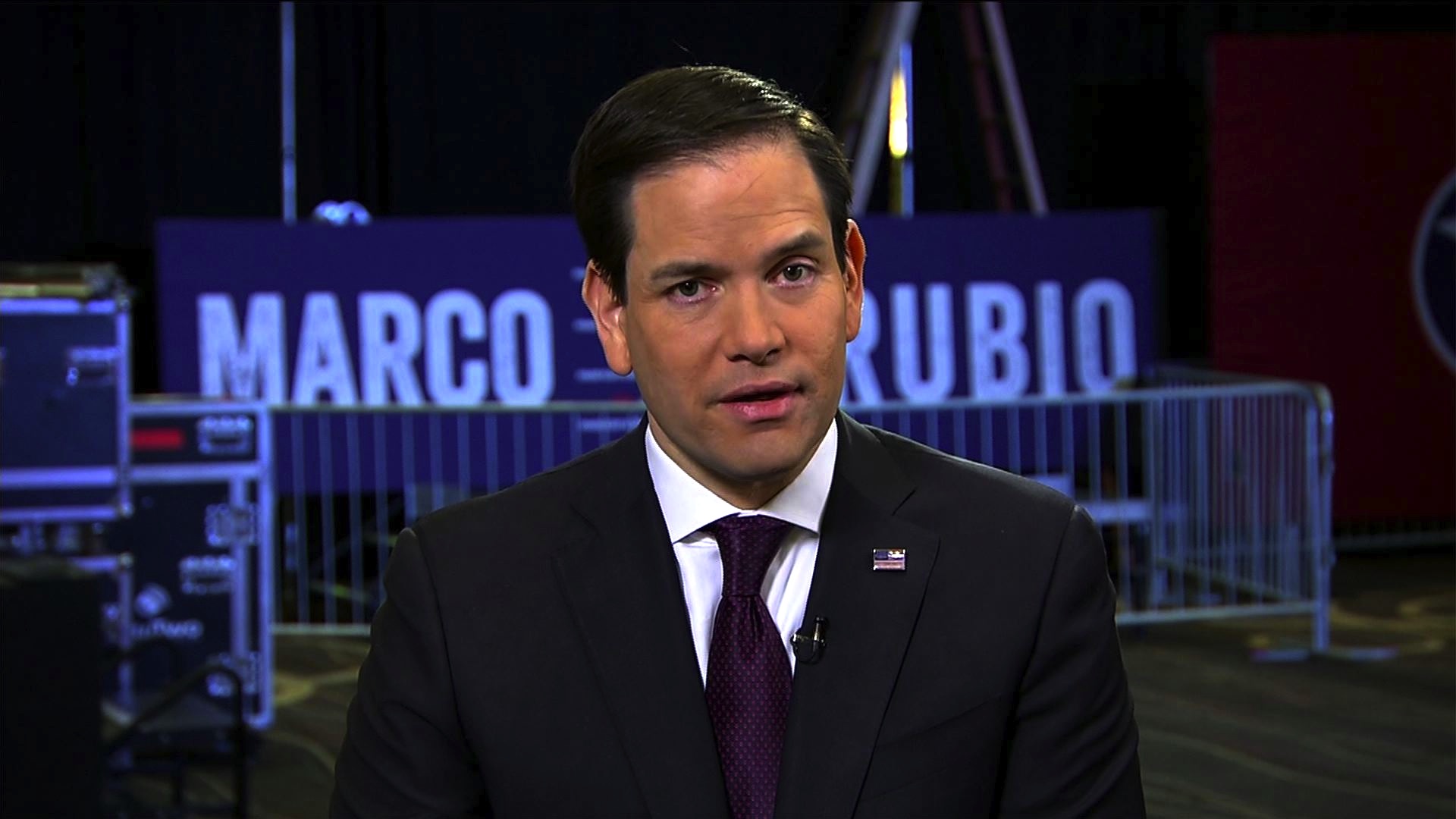 He hasn't placed first in any of the three states that have cast their votes, but Florida Sen. Marco Rubio still believes that he can win the GOP nomination - in part because he sees a limit to how much support there is for Donald Trump.

"Part of the dynamic up to this point is Donald has been, you know, in the mid 30s to low 30s, high 20s in most polls and then you have 70 percent of the Republican electorate that says, 'We're not voting for him,'" Rubio said Sunday on CBS' "Face the Nation. "But they're divided up among five or seven people. So as that five or seven people continues to narrow down, I think it's going make the race clearer and clearer."

He's aiming higher than just picking up the anti-Trump vote, though. Rubio said, "There are people supporting Donald Trump that we believe we can win over as well."

Trump and Sen. Ted Cruz, R-Texas, have claimed the first-place spot in all of the nominating contests to take place so far but Rubio beat expectations in both Iowa and South Carolina, which voted Saturday night. He appeared to edge out Cruz for second place by less than 1,000 votes even though Cruz was running well ahead of him until the final days leading up to the primary.

He did not do as well in New Hampshire, finishing what he said was a disappointing fifth place. But even though Ohio Gov. John Kasich finished second there, Rubio said that "practically speaking" the race is now down to "three people who are still running full-scale national campaigns."

Rubio said he has "tremendous respect" for neurosurgeon Ben Carson, who has vowed to remain in the race despite finishing last in New Hampshire and South Carolina, and he also suggested that Kasich's sole focus will be on the upcoming Michigan primary.

"We're going to continue to campaign everywhere. And we feel really good about this coalescing," he said.

He argued that he could take voters away from Trump because he is "very realistic about the challenges we face."

He also criticized Trump for not releasing detailed policy positions, arguing the voters will begin demanding more specificity from the candidates going forward.

"If you're running to be president of the United States, you can't just tell people you're going to make America great again. I think you need to begin to explain exactly how you're going to do it policy-wise," Rubios aid. "We're not going to win a general election with a candidate that refuses to detail policy. Obviously, Donald still has time to do that and then we can have a policy debate about whose ideas are better. But I honestly believe that once people begin to understand what's at stake here, that we have a chance here not just to make our country great, but greater than it's ever been and we have a plan to do it, I think that's going to begin to influence a lot of voters."

As an example, he cited Trump's views on Russian President Vladimir Putin.

"His views on Vladimir Putin I think are troubling and I don't think he fundamentally understands exactly who Vladimir Putin is or exactly what he's trying to do," he said. "When you're the commander-in-chief, you're the commander-in-chief on day one. You don't get a six-month grace period. The world doesn't just stop and say, 'Well, let's wait until the president catches up before we start challenging America.'"

"If you want to be president, you have to start detailing some specific public policy and I don't think from this point forward in the campaign, voters are going to be as tolerant of the lack of that as they've been up till now," he added.

Rubio also warned that if the GOP nominates someone who is "nebulous" about their policy proposals, the Democrats are going to "eat our lunch in November."