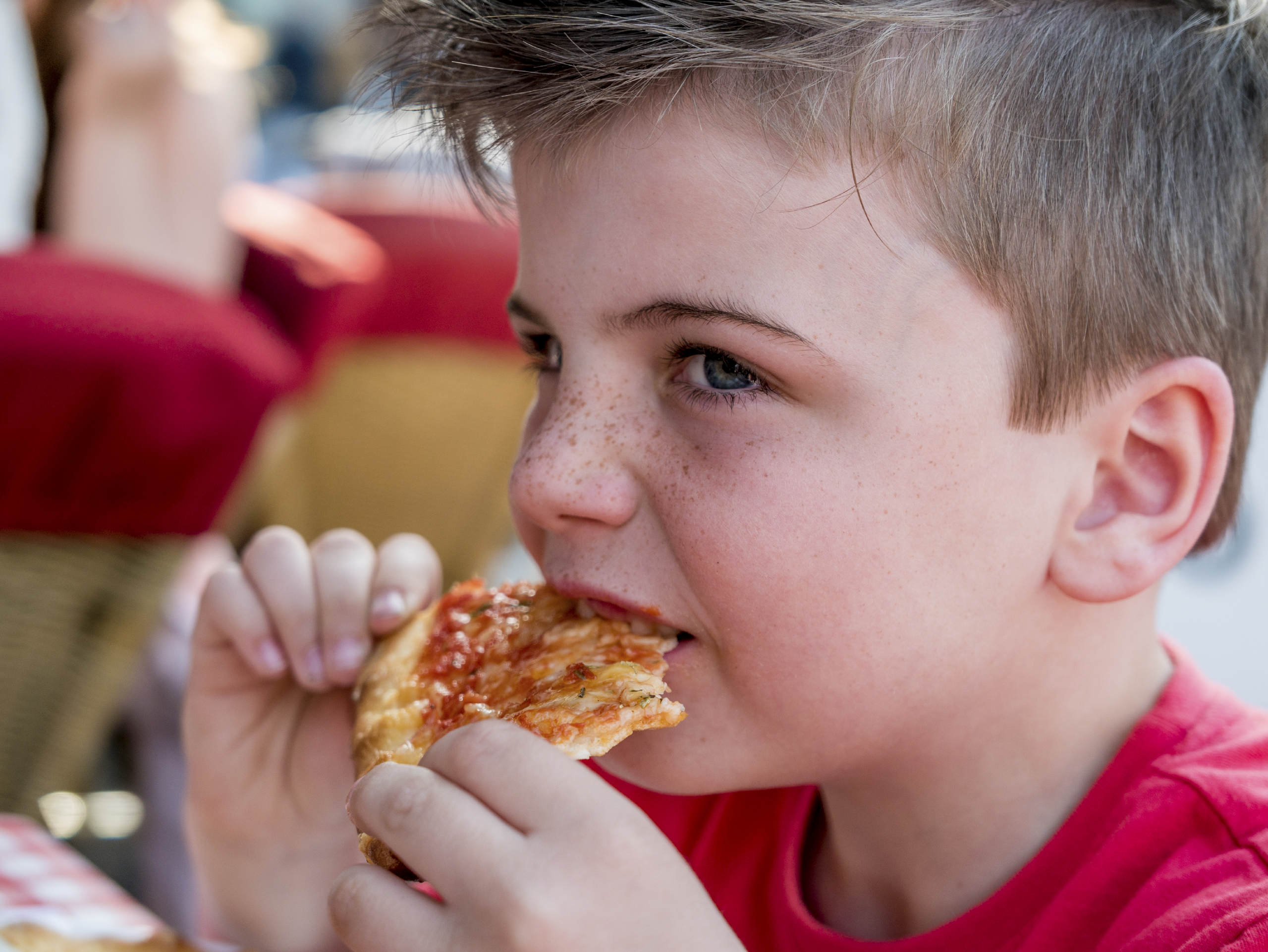 About one-third of U.S. children and teens eat pizza or other fast food every day, a new government report shows. Researchers say that figure is about the same as it was in the 1990s.

"At least we're not seeing it go up," said one of the report's authors, Cheryl Fryar. The report was released Wednesday by the Centers for Disease Control and Prevention.

There's also been no change in the proportion of calories that kids get from fast food daily. It's been at about 12 percent for the last decade, slightly more than the 11 percent previously reported for adults.

Fast food is considered heavy in calories, and scientists have pointed at drive-thru french fries and takeout pizza as contributors to kids being overweight. Childhood obesity, a national health concern, has been stable at about 17 percent over the last decade.

The findings are averages, meaning they include some children who almost never ate fast food as well as others who ate a lot of it.

- Adolescents got about 17 percent of their daily calories from fast food, compared to about 9 percent in younger children.

- Black, white and Hispanic youth all got roughly the same proportion of their daily calories from fast food, around 12 percent. For Asians, the average was significantly lower, at 8 percent.

- There was no significant difference between kids from families of different income levels. Some studies have found a difference, Fryar noted.

The study didn't give calorie totals, but other government research suggests kids consume about 1,900 calories a day. That means kids average about 245 calories each day from fast food. That's about the equivalent of a basic McDonald's hamburger.

In addition to impacting children's health and obesity rates, other research suggests that too much fast food could also take a toll on their academic success.

A study published in Clinical Pediatrics last December found that kids who ate the most fast food in fifth grade had lower improvements in test scores in reading, math and science by eighth grade. More than two-thirds of fifth-graders in that study reported eating fast food at least once in the previous week. One in five said they'd eaten at least four fast food meals during that time.

A number of proposals have aimed to reduce fast food marketing to kids or to increase healthy menu options. One bill proposed recently by a New York city council member would require lower calories, sodium and fat content in any fast food children's meals sold with a toy, and add more nutrition through fruit, vegetables or whole grains.