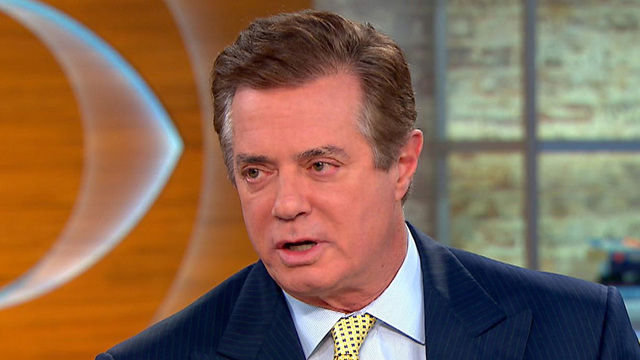 Former Trump Campaign Manager Paul Manafort was as much as $17 million in debt to pro-Russia interests before joining the Trump campaign, records obtained and reported by The New York Times show.

The Times obtained financial records filed in the tax haven of Cyprus, where Manafort allegedly kept bank accounts while he worked in Ukraine and invested with a Russian oligarch. The Times reported the money appears to have been owned by shell companies connected to his businesses in Ukraine, while he worked as a consultant for the pro-Russia Party of Regions.

A Cyprus accounting firm certified the records, which included numerous loans, in 2015, several months before Manafort joined the Trump campaign, according to The Times. The documents record activities that apparently took place in 2012 and 2013. Manafort joined the campaign in March 2016. A spokesman for Manafort, Jason Maloni, told The Times the records were "stale and do not purport to reflect any current financial arrangements."

The release of the report proceeds Manafort's testimony next week before the Senate Judiciary Committee. He is expected to testify Wednesday about a June 2016 meeting he, Donald Trump Jr., and Jared Kushner had with several prominent Russians. Trump Jr. has released emails that showed the meeting was set up after a publicist said the Russian lawyers and lobbyists had information that would incriminate Hillary Clinton as a part of the Kremlin's support for then-candidate Donald Trump.

The House and Senate intelligence committees and the FBI are investigating Russian involvement in the 2016 election, and any ties between Russians and the Trump campaign.

Manafort's transactions aren't the only ones under scrutiny.

Robert Mueller, the special counsel in the FBI's Russia probe, is now looking into the Trump business empire as a part of its investigation into Russian meddling in the 2016 election, CBS News Julianna Goldman reported Wednesday. President Trump told The New York Times in a wide-ranging interview Wednesday that investigating his family's finances would cross a red line in the Russia investigation, but federal investigators are already examining those dealings.

In a separate probe, according to The New York Times, banking regulators are also reviewing hundreds of millions of dollars in loans made to the president's businesses through Deutsche Bank's private wealth management unit. Regulators want to know if Mr. Trump exposed the bank to unnecessary risk after casino and hotel bankruptcies left the German bank among a short list of financial institutions willing to do business with him, the Times reported. The Times found in the report that federal investigators are in contact with Deutsche Bank representatives on three anonymous sources familiar with the matter.

Democrats have asked Deutsche Bank to hand over information about any possible ties between accounts related to Mr. Trump and the Russian government. In May, Democrats on the House Financial Services Committee specifically asked for results of a review the bank reportedly took of accounts held by Mr. Trump and members of his family.