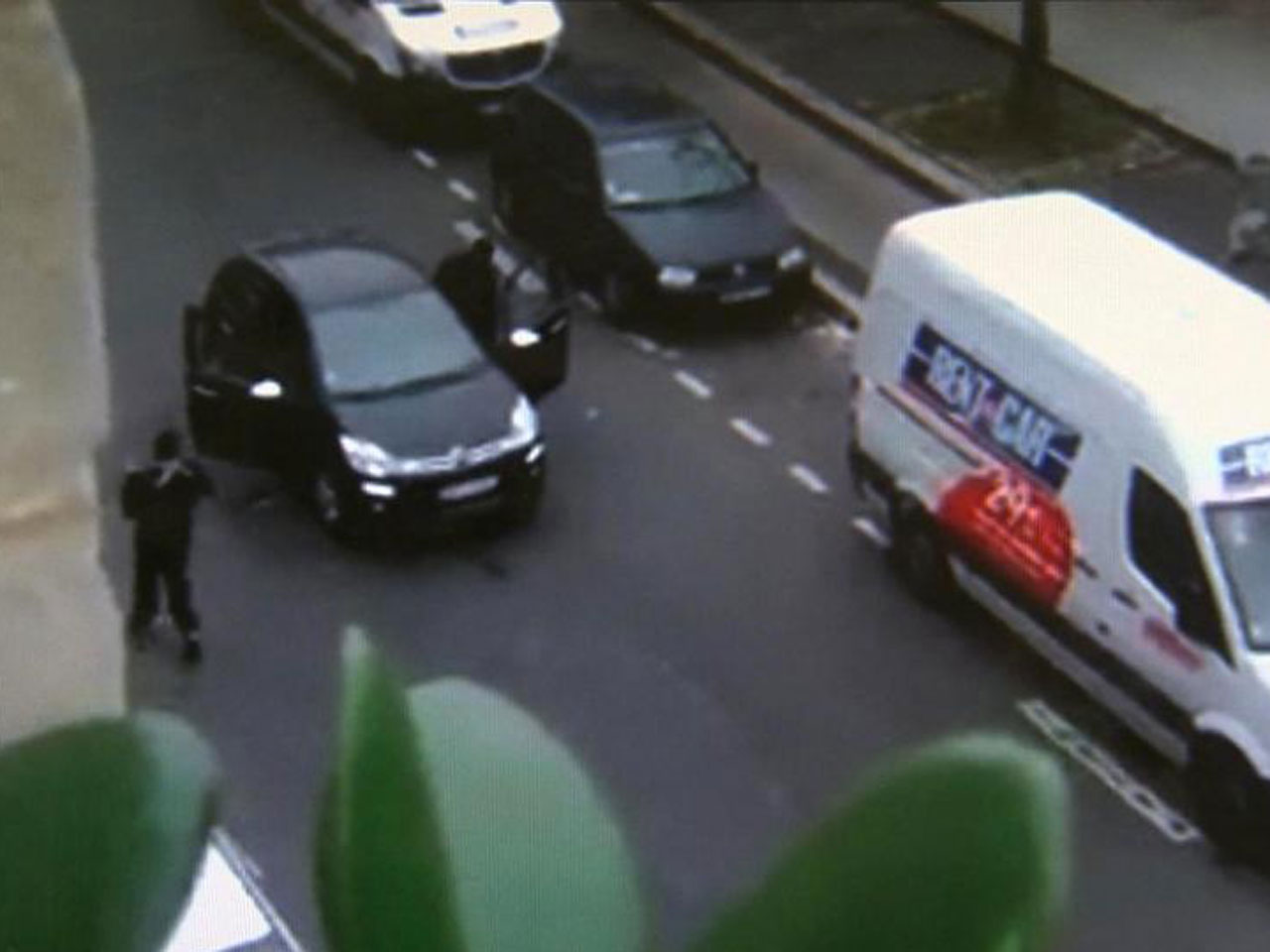 PARIS -- The man whose amateur video of a Paris police officer's cold-blooded murder shocked the world now regrets sharing the footage online, saying he never expected it to be broadcast so widely.

Engineer Jordi Mir told The Associated Press he posted the video out of fear and a "stupid reflex" fostered by years on social media.

"I was completely panicked," he said in an exclusive interview across from the Parisian boulevard where the officer was shot to death by terrorists Wednesday morning.

The short film immediately became the most arresting image of France's three-day-long drama, which began with a mass killing at the headquarters of satirical weekly Charlie Hebdo and ended Friday with the death of four hostages and the three terrorists in two separate shootouts.

"I had to speak to someone," Mir said. "I was alone in my flat. I put the video on Facebook. That was my error."

Mir said he left the video on Facebook for as little as 15 minutes before thinking the better of it and taking it down.

It was too late.

The footage had already been shared across the site and someone uploaded it to YouTube. Less than an hour after Mir removed the video from his page, he was startled to find it playing across his television screen.

In its unedited form, the 42-second film shows two masked gunmen -- brothers Cherif and Said Kouachi -- as they walk toward a prone police officer, later identified as 42-year-old Ahmed Merabet, himself a Muslim.

"You want to kill us?" one of the brothers says as he strides toward the wounded officer.

"No, it's OK, boss," Merabet says, raising his hand in an apparent plea for mercy.

Then he's shot in the head. Afterwards, the gunmen get in a small black car and drive off.

The video unleashed a worldwide wave of revulsion. British tabloids described it as "shocking" and "sickening." France's Le Figaro ran a still from the footage on its front page over a caption which read "War." CNN's Randi Kaye called it "an unforgettable image forever associated with this horrible attack."

Mir didn't even know what he was filming at first. Drawn to his window when the sound of gunshots interrupted his emailing, he initially thought there was a bank robbery in progress. When he spotted the rifle-wielding men in black walking down the street, he assumed they were SWAT police going to help a stricken comrade.

As police rushed to the scene, Mir downloaded the video to his computer and then to a removable disk, which he handed to officers.

Then, he uploaded the footage to Facebook -- and to the world.

Mir, a slight man in his 50s whose parents were refugees from fascist Spain, is still at a loss to explain exactly what pushed him to share the chilling video with his 2,500 Facebook friends.

"There's no answer," he said. Perhaps a decade of social networking had trained him to share whatever he saw.

The video's republication by media organizations around the world has anguished Merabet's family.

One academic said the video had stripped Merabet of his dignity.

The images "show a man diminished," said Asa Cusack, a research fellow at the University of London, in a recent editorial for the Huffington Post.

Mir wanted Merabet's family to know he was "very sorry," saying that he had turned down offers to buy the footage and that he wanted media organizations to blur Merabet's image before running it. But many, he said, just broadcast the unedited footage without permission.

The AP received Mir's authorization to run the video on condition that it cut the scene of the officer's death -- standard AP practice.

Some argue that the video plays a useful role by exposing terrorists' heartlessness. Mir said that one official told him the video helped galvanize French public opinion.

"For me, the policeman killed, it's like a war photo," Mir said at one point, comparing it to famed photographer Robert Capa's controversial picture of a soldier being shot dead during the Spanish Civil War.

Nevertheless, Mir said that, if he could do it all again, he would have kept the video off Facebook.

"On Facebook, there's no confidentiality," he said. "It's a lesson for me."