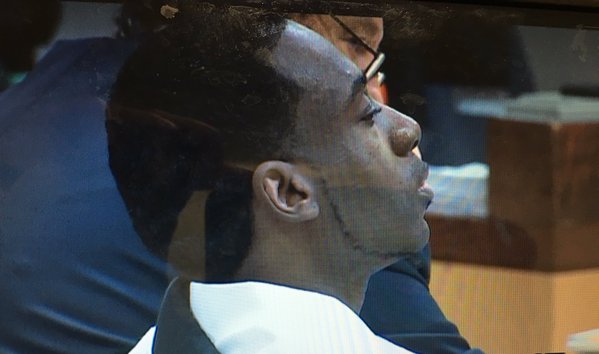 Vahtiece Kirkman was found guilty in connection with the 2006 disappearance and death of 22-year-old Darice Knowles, a Bahamian national who was visiting friends in Cocoa, Florida.

Kirkman's former partner, Christopher Pratt, testified on Tuesday that Kirkman ordered him to kill 22-Knowles, or die along with her.

"He gave me this ultimatum- it's either her or both of us," Pratt said, who took a plea deal in 2010 as part of agreement to testify against Kirman.

Pratt and Kirkman are also both doing time in connection with another murder.

Pratt told a jury Tuesday that Kirkman wanted Knowles killed for hanging out with a Cocoa cop.

"You could see she was terrified," Pratt testified. "He told me to start digging."

He continued that Kirkman ordered him to tie up Knowles by her hands and legs, put her in a hole and then cover her with cement and dirt, killing her.

Pratt was asked by the prosecuting attorney if before leaving the site if he noticed any part of Knowles body sticking out of the ground.

He continued that he covered the remaining exposed body parts with cement and Kirkman ordered him to do so.

Prosecutors will seek the death penalty at Kirkman's sentencing on Monday.