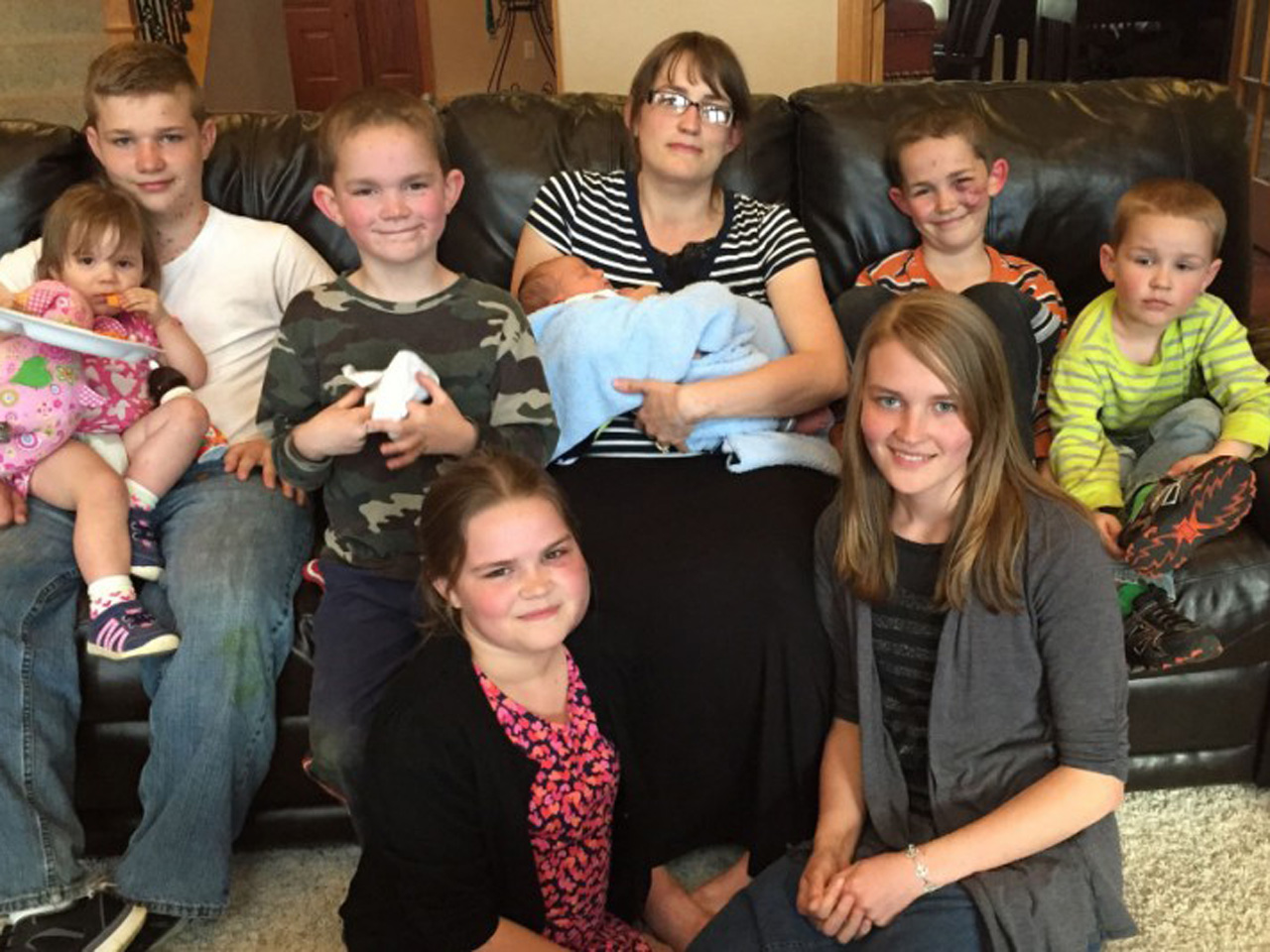 WAUSAU, Wis. - A father driving his pregnant wife and children to the hospital for the birth of the couple's eighth child was killed when a deer struck their van in central Wisconsin, according to sheriff's officials and relatives.

Michael Rogan, 42, was killed when the deer crashed through his van's windshield on a rural highway Friday in Marathon County. His wife, Niki, and their seven children, ages 2 to 15, suffered minor injuries, according to local sheriff's officials.

CBS affiliate WSAW in Wasau reports a second vehicle struck the deer initially, sending into Rogan's car, which sustained heavy damage. Rogan's wife was able to steer the van to some soft soil in a shallow ditch after the accident, officials said.

"His greatest love was his family," Tami Richardson said of her brother-in-law. "He was strong and patient with the children."

One of the couple's longtime friends, Dominic Gruetzmacher, said he was amazed to see Niki Rogan and the children at their Wausau church two days later. Blaise was baptized Sunday.

Michael Rogan was active in the church, sang in the choir and helped with a boys' group, Gruetzmacher said. Rogan also served in the U.S. Marines and was a reserve member following his active duty.

"He was a strong guy. He dove into the world head on and approached it with enthusiasm," Gruetzmacher said.

Richardson said Rogan took over his father-in-law's organic seed and fertilizer business after her father died about eight years ago. Family and friends are stepping forward to help.

"The seeds need to be delivered. We just have to identify who the customers are," she said. "We've been humbled by the support that has been offered."

Gruetzmacher, who is leading a fundraising effort for the family, said Niki Rogan home-schools the children.

Relatives and friends say the contributions will allow Niki Rogan to continue to home-school her children.