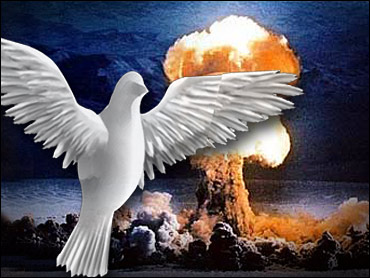 A retired Russian military officer on Friday received an award from an association that promotes world peace for averting what could have become a nuclear war, according to a statement posted on the association's Web site.

Lieutenant Colonel Stanislav Petrov was in charge of the Soviet Union's early warning system in September 1983, when the system wrongly signaled the launch of a U.S. Minuteman intercontinental ballistic missile. Petrov had less than 20 minutes to decide whether the report was accurate and whether he should launch missiles in retaliation, according to an article published by the Vlast magazine in 1998.

Tensions were high between the United States and the Soviet Union at the time, after the Soviet military shot down a Korean plane that strayed over Soviet air space, killing all of the 269 people on board, including a U.S. congressman.

Under his authority, Petrov decided the alarm was false and did not begin a retaliatory attack.

On Friday, the San-Francisco-based Association of World Citizens, a worldwide organization that promotes peace on Earth, presented Petrov with the World Citizen Award and launched a campaign to raise $1,000 for the Russian, who receives only a meager pension.

"All the 20 years that passed since that moment I didn't believe I had done something extraordinary. I was simply doing my job and I did it well," Petrov was shown by Russia's NTV television as saying.

The Vlast article said that Petrov suffered severe stress after the incident and spent several months in hospitals before being discharged from the military.