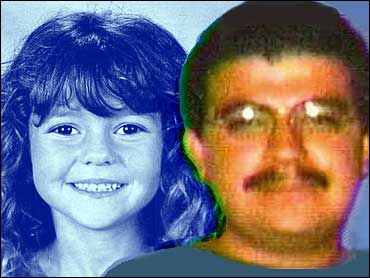 After deliberating for less than nine hours over two days, jurors convicted Alejandro Avila, 30, of kidnapping, murder and sexual assault. In the penalty phase, set to begin Wednesday, the jury will decide whether to recommend a death sentence or life in prison without parole.

Samantha's mother, Erin Runnion, cried silently in the front row of the courtroom as verdicts were read. She hugged prosecutor David Brent as the jury left.

As the first verdict was read, someone in the audience said, "yes, yes." Avila bowed his head toward the defense table but showed no emotion.

Samantha was abducted, kicking and screaming, from outside her home in Stanton on July 15, 2002. Her body was found the following day in mountains some 50 miles away, left on the ground as if it had been posed.

So many were moved by the young girl's murder that more than 4,000 people attended her funeral. After her death, then-Gov. Gray Davis ordered a statewide expansion of child abduction alerts posted on electronic billboards along freeways.

A police sketch of Samantha's abductor, based on a description from an 8-year-old friend of hers, resembles Avila. Prosecutors said cell phone and bank records indicate Avila had been in the area where Samantha was abducted, DNA matching his genetic profile was found under her fingernails, and sneaker and tire prints found near the girl's body also matched with the defendant.

Samantha's DNA was found on the inside of the door of Avila's car. That evidence came from a small amount of clear liquid that the prosecution said was consistent with tears or mucous.

Avila had been acquitted of molesting two girls in 2001 in neighboring Riverside County, and authorities said they believe he killed Samantha to avoid another such trial.

Defense attorney Philip Zalewski contended that prosecutors had a "weak, circumstantial case," and that Avila couldn't have committed the crime within the timeline established by investigators.

Zalewski claimed the DNA from the fingernails was not reliable because it was not properly collected or analyzed, and suggested that the sample found in the car was planted by investigators — an allegation prosecutors denied.

Judge William Froeberg allowed the girls whom Avila was acquitted of molesting to testify in the murder trial, as well as a third girl who also claims Avila abused her. One of the girls in the 2001 case lived for a time in the same apartment complex as Samantha.