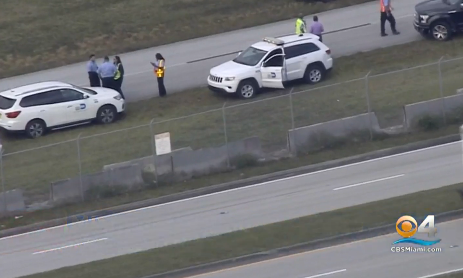 MIAMI -- A man on the tarmac caused a security scare at Miami International Airport Monday, CBS Miami reports. The man, described as a white Latin male, got onto the tarmac from the cargo area of the airport, according to Miami-Dade Police.

That's when he was spotted. Within minutes police arrested the man. Officers said he told them he got lost and that's why he ended up on the tarmac.

Investigators said it appears he may have jumped the fence. Authorities, including the FBI, are investigating the incident.

Police said there is no other security or air travel threats at the airport at this time. At last check, charges were pending.