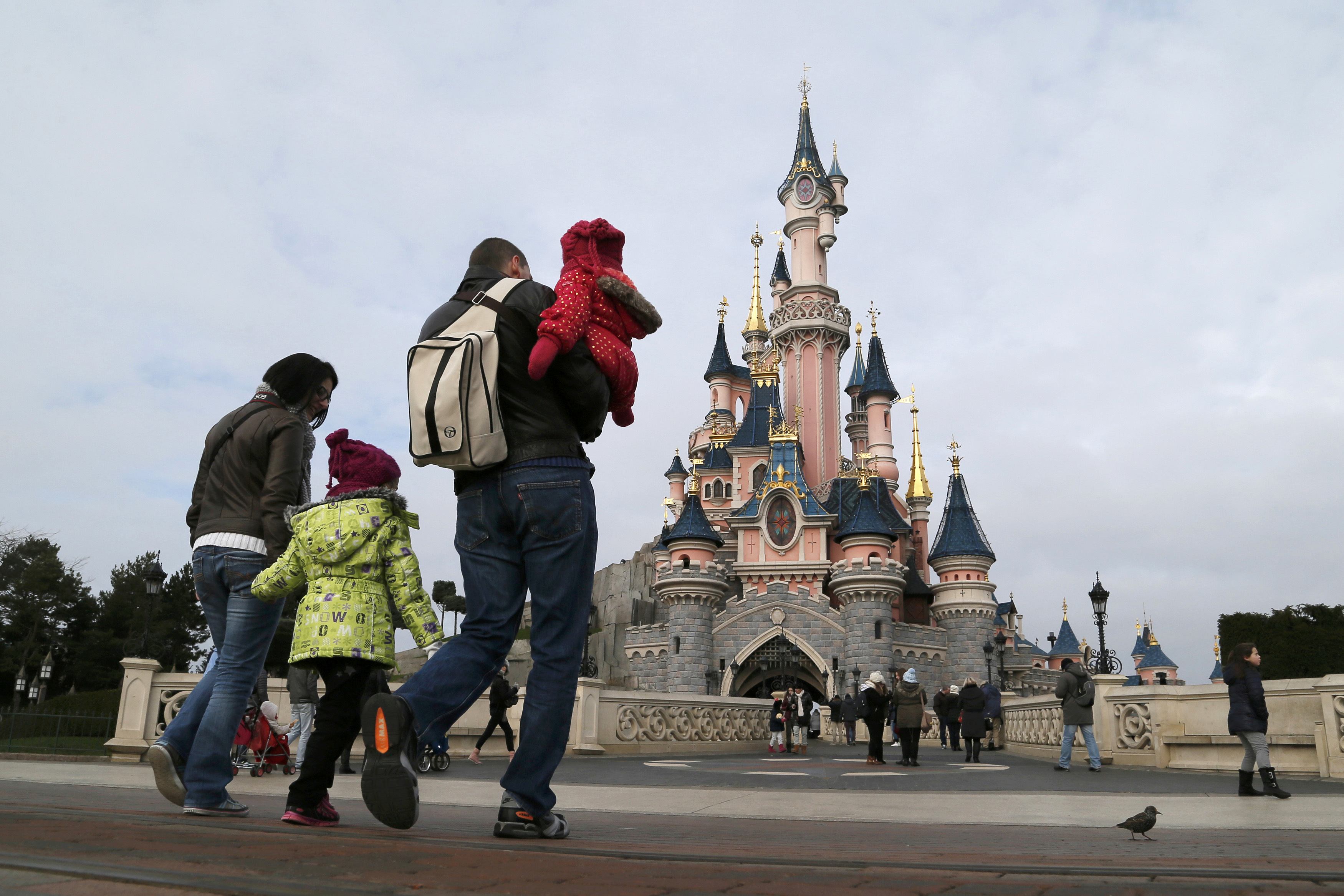 No one was hurt in the incident and the park remained open after the arrests. They come as France remains on edge and under a state of emergency after Islamic extremist attacks around Paris in November that killed 130 people.

The man, 28, was detained at the New York Hotel, part of the Disneyland complex, according to a police official who wasn't authorized to be publicly named. He was also found to have a Quran. The man's motives for trying to enter the hotel with weapons were unclear.

Earlier reports indicated a woman was also in custody. Police tell CBS News they do not have a woman in custody in connection with the man who was detained.

A hotel employee from the New York Hotel told CBS News that there are no Americans staying at the hotel. The employee said that both of the arrested individuals are French and they had a reservation for only one night at the hotel.

About a dozen police surrounded the hotel Thursday evening, and a car was towed away from the parking lot, though it's unclear whether the car was linked to the arrests.

Employees at the New York Hotel and several others around Disneyland Paris said they continued functioning as usual after the arrest.

"We continually review our comprehensive approach to security and are implementing additional security measures, as appropriate," a Disney Parks spokesperson said in a statement.

The park, east of the French capital, closed briefly after the Nov. 13 attacks.