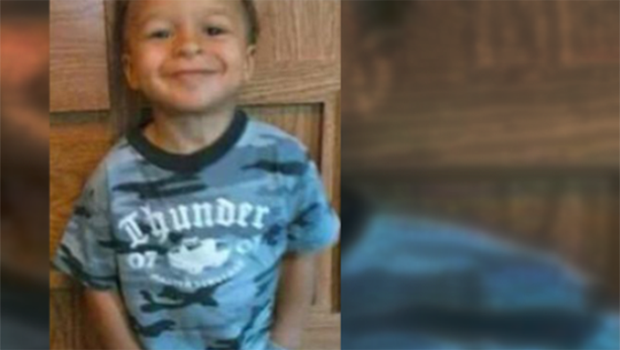 SEARCY, Ark. -- Police say a tip led them to spend much of Tuesday searching a section of an Arkansas river five miles north of where toddler Malik Drummond disappeared more than a week ago, reports CBS affiliate KOLR.

The development came a day after officials dismissed volunteer search crews and said various forms of foul play are "the only possible remaining scenarios."

Hundreds of volunteers had joined police officers and deputies in the search for two-year-old Malik, who was last seen Nov. 23. His father and stepmother said he walked away from their home in Searcy, about 50 miles northeast of Little Rock, while playing with another child.

Officers on Monday began closing down a command center set up to coordinate the volunteer effort.

"While we are just as committed to finding Malik and the truth behind his disappearance, we've depleted the usefulness of volunteers to re-search areas that now must be cleared by trained personnel and experts who are focused on the only possible remaining scenarios," Police Chief Jeremy Clark said in a statement.

Cpl. Steve Hernandez said those scenarios included grim possibilities: "that Malik walked off and somebody got him, or honestly some sort of foul play."

He said there is no specific suspect.

"It's discouraging, disappointing, but we're going to continue to do whatever it takes at this point to resolve this and find Malik," Hernandez said. "There's not one suspect, per se. Right now, we're looking at everybody."

Tuesday, police say a tip led them to search the Little Red River, where they said a certified cadaver dog picked up a scent, reports the station. Divers reportedly searched in about 15 to 20 feet of murky water.

Clark said the weeklong search has included the entire city of Searcy, a city of 23,000. The police chief said the search included homes, apartments, abandoned homes and buildings, trash containers, vehicles, parks, sewers, ponds, creeks and the Little Red River - all with no sign of the boy.

Police also used search dogs, helicopters and divers in the search, and Sunday night officers stopped motorists and pedestrians in the neighborhood of the boy's home to ask if anyone remembered seeing the child, all to no avail.