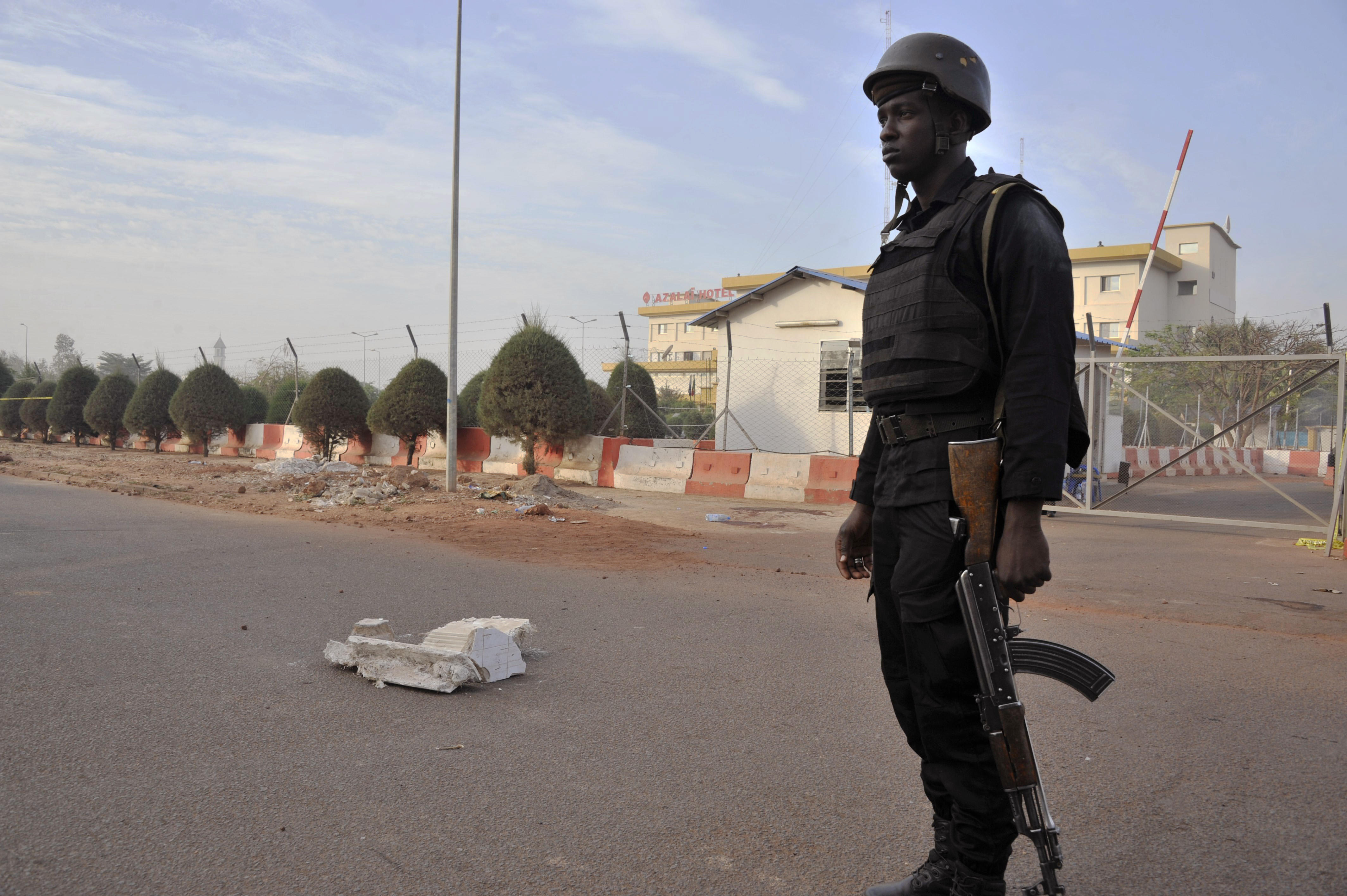 BAMAKO, Mali -- Suspected jihadists attacked a hotel resort Sunday in Mali's capital, taking hostages at a spot popular with foreigners on the weekends. The number of casualties was unclear in the assault, which continued into the evening, authorities said.

Gunfire first rang out at the Campement Kangaba on the outskirts of Bamako in the late afternoon, according to a security official with the U.N. mission known as MINUSMA. The official spoke on condition of anonymity because he was not authorized to speak to reporters.

"I heard gunfire coming from the camp and I saw people running out of the site," said Modibo Diarra, who lives nearby. "I learned that it was a terrorist attack."

Malian soldiers later succeeded in entering the resort area, according to Commandant Modibo Traore, a spokesman for the Malian special forces in the former French colony.

"The operation is ongoing and we estimate that there are between three and four assailants," he said.

As night fell, witnesses could see smoke rising from the Campement Kangaba, which features three swimming pools and is a popular escape from the Malian heat for the day. It was not immediately clear what was burning, although jihadists have been known to light cars ablaze during other attacks in the region.

There was no immediate claim of responsibility for the attack, which comes amid the final week of the Muslim holy month of Ramadan. In predominantly Muslim Mali, people have been fasting from sunrise to sundown for three weeks.

Sunday's violence came about a week after the U.S. State Department warned about the possibility of attacks.

"Avoid vulnerable locations with poor security measures in place, including hotels, restaurants, and churches," it said.

Religious extremism in Mali once was limited to northern areas, prompting the French military in 2013 to lead a military operation to oust jihadists from power in the major towns. The militants, though, have continued targeting Malian forces and peacekeepers, making it the deadliest U.N. mission in the world.

French President Emmanuel Macron was informed about the attack and was following the events carefully, according to an official in his office.

In recent years, the jihadists have become even more brazen, attacking sites frequented by Westerners. In March 2015, five people died when militants hit a popular restaurant in the capital. A devastating attack on the Radisson Blu Hotel in Bamako later that year left 20 dead -- six Malians and 14 foreigners.

That attack was jointly claimed by both the regional al-Qaida affiliate and a group known as Al Mourabitoun, which was founded by Moktar Belmoktar after he fell out with al-Qaida leaders.