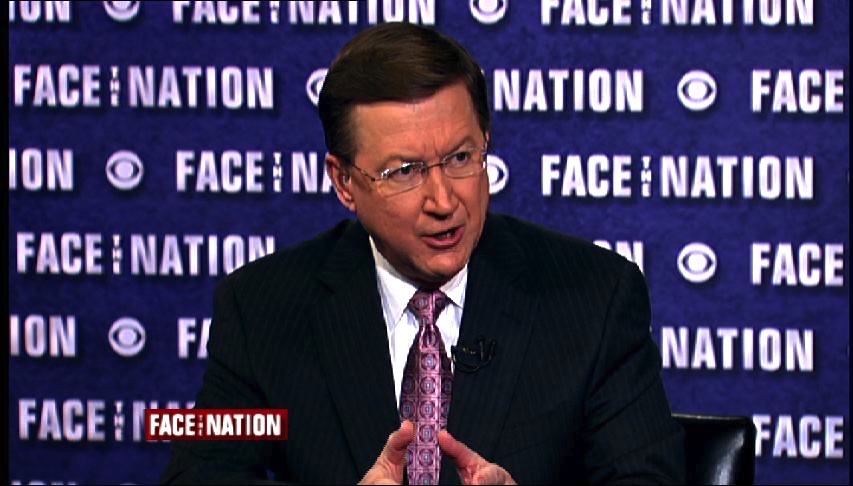 Even with new information about the fate of Malaysian Airlines Flight 370 coming to light Sunday, experts say that the plane's disappearance is still shrouded in mystery and might never be found.

"A week after this plane went missing, nobody can tell us with any authority where it went or why it went where it did. And now it's just a painstaking process where patience is going to be required for people who want answers right now," said CBS News correspondent Bob Orr on "Face the Nation" Sunday.

Earlier in the day, Malaysian officials revealed that the plane's data communication system had been partially disabled prior to the final communication from the plane's cockpit. The pilots did not indicate any trouble on board, suggesting a possible intent to mislead ground control. They have now become a central part of the investigation, along with all ground staff, crew and passengers.

Although it's still too early to draw conclusions about a potential hijacking or rogue pilots, Orr said the available evidence that the plane changed course and altitude and flew for a long time after the last communication with ground control suggests a level of sophistication by whoever was controlling the plane.

"This didn't look like an airplane completely out of control by any means," Orr said. "What I think we can say is whoever disabled those systems, if it was done intentionally, and whoever changed the course of that airplane and flew to a stop where they knew they had no radar coverage, there was some level of knowledge, some sophistication, a knowledge about how that plane worked, how systems worked, and how you would want to go about being undetectable."

Capt. Chesley Sullenberger, CBS News' Aviation and Safety Expert, said there will be "great efforts" and "huge sums" to solve the mystery, though it could take months or years to understand what happened if investigators are unable to find the plane.

"The aviation industry never normally tolerates this level of ambiguity," he said. "The real frustration is that we are learning more about this...very late in the process. And with the passage of time, it makes the variability in the search much greater and it makes it much harder ultimately to find out what really did happen."

Many of the possibilities, he said, "verge on a spy novel kind of situation."

Mark Rosenker, the CBS News Aviation Safety Analyst and former chairman of the National Transportation Safety Board said the investigation is unlike any other he has ever seen. He questioned why the Malaysian Air Force did not respond once the pilots failed to check in with Vietnamese air controllers.

Overall, it's still too early to draw conclusions given the lack of physical evidence.

"This plane still may be at the bottom of the Indian Ocean. And I think a lot of folks that I talk to believe that's probably the most likely, the most probable circumstances that in fact it is at the bottom of the Indian Ocean. But you cannot quite yet rule out everything else, because we don't have the physical evidence we need to come to that conclusion," said Rep. Mike Rogers, R-Mich., who is the chairman of the House Intelligence Committee.

There's also a chance there will never be any physical evidence.