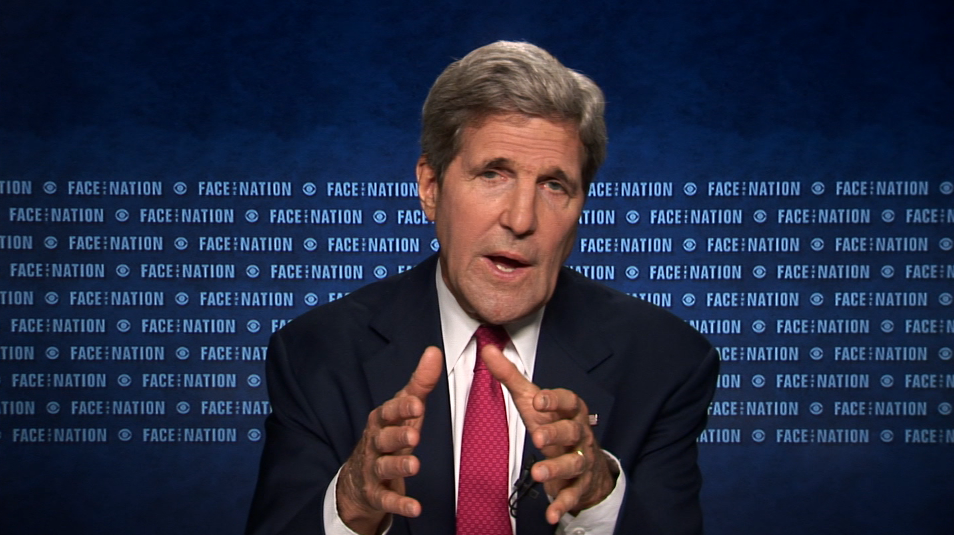 Secretary of State John Kerry said Sunday that there is an "enormous amount of evidence" that Russia provided separatists in Eastern Ukraine with the weapons used to shoot down Malaysia Airlines Flight 17 last week, resulting in the deaths of nearly 300 people.

In an interview on CBS' "Face the Nation," Kerry said that the investigation of the crash is going to draw "definitive" conclusions about Russia's role.

Kerry also noted that there was an SA-11 surface-to-air missile in the vicinity of crash right before the plane was shot down, and said that there is documentation on social media that separatists bragged about shooting down the plane. The U.S. has also intercepted recordings of separatists talking to each other about the plane being shot down.

Finally, Kerry said, there is video evidence that a SA-11 system was moved back into Russia and is now missing from Eastern Ukraine. "So there's enormous amount of evidence, even more evidence than I just documented, that points to the involvement of Russia in providing these system, training the people on them," Kerry said.

Kerry called for a full investigation with international investigators and trained personnel that can "draw the appropriate conclusions" and prevent a "he-said-she-said, finger-pointing back-and-forth" about who is responsible.

He slammed the "drunken separatists" who have been accused of removing bodies from the crash scene and limiting investigators from having full access to the site. Russia needs to do more to stop this behavior, Kerry said.

"Because of Russia's linkage to these separatists, they have a greater ability to exert influence, and we need Russia to become part of the solution, not part of the problem," he said.

As for what the U.S. can do if Russia is responsible, Kerry pointed to Obama's announcement of further sanctions on key sectors of the Russian economy that were announced the day before the airliner crash. This should prompt U.S. allies in Europe to do more, he said.

"We hope this is a wake-up call for some countries in Europe that have been reluctant to move," he said. "The way Russia is currently playing this dual-track policy, say one thing, do another, is really threatening both the larger interests as well as that region and threatening Ukraine itself."