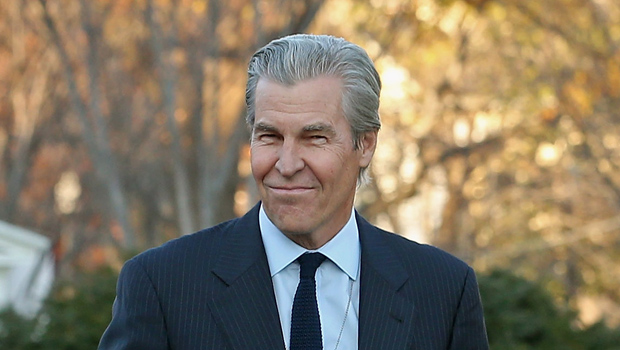 NEW YORK Macy's (M) gave its chief executive Terry Lundgren pay package worth $11.3 million in 2012. That's down 22 percent from 2011 as he failed to meet all of Macy's financial performance goals.

Lundgren, 61, has served as CEO of Macy's since 2003, making him one of the longest-tenured CEOs in the department store industry. He also serves as chairman and president of the Cincinnati-based company, which runs the Bloomingdale's chain as well as Macy's.

According to a filing Wednesday, Macy's gave Lundgren a $1.6 million salary, stock and options awards worth $7.7 million and cash incentive pay of $1.9 million. He also received other compensation worth about $76,000, which covered perks such as use of the company's aircraft.

The payments were largely in line with the prior year, with the exception of a 63 percent decline in his cash payment based on performance- $1.9 million versus $5.1 million in 2011.

Lundgren's compensation for this measure is based on a formula that examines earnings before interest and tax, sales, stock price performance and how it compares with its peers.

The company exceeded its profit goals for the year, but cash flow fell short of the board's goals because it spent more on inventory to transition from winter to spring merchandise in January, according to the filing.

Macy's gave other top executives who were also in their roles in 2011 smaller cash incentive pay.

Under Lundgren's direction, Macy's has been an industry leader, growing sales during the difficult economic times and distinguishing itself from rival chains with distinct brands and region-specific offerings.

The Associated Press formula calculates an executive's total compensation during the last fiscal year by adding salary, bonuses, perks, above-market interest that the company pays on deferred compensation and the estimated value of stock and stock options awarded during the year. The AP formula does not count changes in the present value of pension benefits. That makes the AP total slightly different in most cases from the total reported by companies to the Securities and Exchange Commission.

The value that a company assigned to an executive's stock and option awards for 2012 was the present value of what the company expected the awards to be worth to the executive over time. Companies use one of several formulas to calculate that value. However, the number is just an estimate, and what an executive ultimately receives will depend on the performance of the company's stock in the years after the awards are granted. Most stock compensation programs require an executive to wait a specified amount of time to receive shares or exercise options.