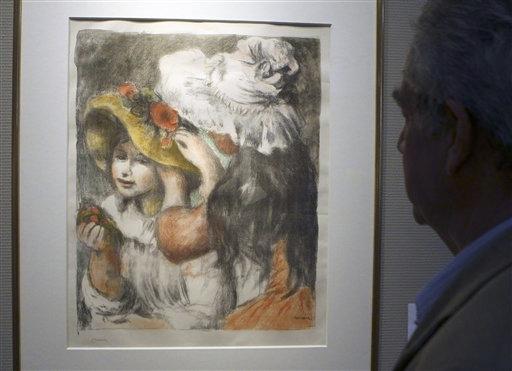 NFL great Reggie White may have died because of a respiratory disease combined with other health problems, a preliminary autopsy report said Monday.

White most likely had a condition that affected the amount of air his lungs could hold, resulting in "fatal cardiac arrhythmia," said Dr. Mike Sullivan, the medical examiner for Mecklenburg County and a forensic pathologist.

The report issued by Sullivan's office also said sleep apnea may have been a factor.

The report is a preliminary one; determining a final cause of death could take up to three months, Sullivan's office said.

White died Sunday at Presbyterian Hospital in Huntersville after being taken there from his home in nearby Cornelius. His wife, Sara, called 911.

White had the disease, known as sarcoidosis, for several years, family spokesman Keith Johnson said Sunday. He described it as a respiratory ailment that affected his sleep.

On its Web site, the American Lung Association describes sarcoidosis as a disease characterized by the presence of small areas of inflamed cells that can attack any organ of the body but is most frequently found in the lungs.

The cause of the disease, which is most common among blacks and white northern Europeans, is not known.

Sleep apnea causes people to stop breathing repeatedly - in some cases, hundreds of times - during their sleep.

The disease killed a man who had earned the respect of other NFL players both on and off the field.

"He may have been best player I've ever seen and certainly was the best I've ever played with or against," Green Bay quarterback Brett Favre said.

"Off the field, he did so much for so many people. He really reached a lot of people. ... He was a great friend on and off the field. We'll all miss him."

The fearsome Philadelphia and Green Bay defensive end was 43.

"It just seems so odd, so surreal," said former Packers teammate Eugene Robinson, now a commentator for Carolina, where White spent his final season. "I'm still like, `I don't believe it.' When I saw it flash on the television - 1961 to 2004 - I was just like, `I'm not going to try to fight back any more tears. I'm just going to cry."'

Sara White said in a statement Sunday: "Today our beloved husband, father and friend passed away. His family appreciates your thoughts and prayers as we mourn the loss of Reggie White. We want to thank you in advance for honoring our privacy."

A police officer was outside White's Tudor-style home in a gated community and would not let a reporter approach the house.

A two-time NFL Defensive Player of the Year and ordained minister who was known as the "Minister of Defense," White played 15 seasons with Philadelphia, Green Bay and Carolina. He retired after the 2000 season as the NFL's career sacks leader with 198. The mark has since been passed by Bruce Smith.

"Reggie White was a gentle warrior who will be remembered as one of the greatest defensive players in NFL history," NFL commissioner Paul Tagliabue said. "Equally as impressive as his achievements on the field was the positive impact he made off the field and the way he served as a positive influence on so many young people."

"A 43-year-old is not supposed to die in his sleep," Johnson said. "It was not only unexpected, but it was also a complete surprise. Reggie wasn't a sick man ... he was vibrant. He had lots and lots of energy, lots of passion."

Johnson is the head of Christian Athletes United for Spiritual Empowerment, a ministry that White helped found. He said White had gone to see the movie "Fat Albert" on Christmas night with family and friends.

White and his wife had a son and a daughter: Jeremy, a freshman at Elon University, and Jecolia, a junior in high school.

After an All-America senior season at Tennessee, White began his pro career with the USFL's Memphis Showboats in 1984. He joined the Eagles, who held his NFL rights, after the USFL folded in 1985. For eight years, he was as an integral piece in Philadelphia's "Gang Green Defense."

Eagles owner Jeffrey Lurie called White "one of the greatest men ever to play the game of football" and said his "legacy on and off the football field will never be forgotten."

White played a key role in free agency - he was one of the plaintiffs in the lawsuit that led to the current system.

"He meant as much to us off the field as much as on it," said Gene Upshaw, executive director of the NFL Players Association. "He had his name on the lawsuit and he didn't get one penny. That's just the type of guy he was. His character, his integrity was everything any NFL player should aspire to be."

White signed as a free agent with Green Bay in 1993 for $17 million over four years. His signing, along with a trade for Favre, helped make the Packers champions again.

"That's what changed the football fortunes of this franchise. It was huge," Packers president Bob Harlan said Sunday. "He sent a message to the rest of the NFL that Green Bay was a great place to play."

The Packers made consecutive Super Bowl appearances, including a win over New England in 1997, when White set a Super Bowl record with three sacks.

"He was just a wonderful player, first of all," said Seattle coach Mike Holmgren, who coached White in Green Bay. "Then, as a person, he was just the best. ... I'm a better person for having been around Reggie White."

White worked tirelessly in the offseason with inner-city youths. But his image was tarnished when he gave a speech in which he denounced homosexuality and used ethnic stereotypes. White later apologized.

White was 39 when he finished his NFL career with Carolina - his third retirement. He retired for one day before the 1998 season, but then said God had told him he needed to play again, and he returned to the Packers.

White retired again after the 1998 season and took a year off from football. After the Packers allowed him out of his contract, he returned to play for the Panthers and recorded a career-low 5 1/2 sacks and had only 27 tackles.