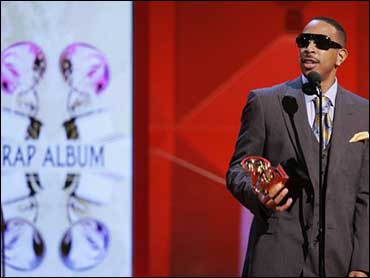 Ludacris has thanked his fans for their support and is asking for privacy for his family to grieve the loss of his father.

Wayne Brian Bridges, 52, died Sunday in an Atlanta hospital after a long illness, said Barry Florence, a publicist for the rapper.

At the Grammys earlier this month, Ludacris, 29, dedicated his award for best rap album for "Release Therapy" to his father, saying his dad was in critical condition and fighting for his life.

"Mr. Wayne Bridges, I love you to death," he said at the televised Los Angeles ceremony. Ludacris, whose real name is Chris Bridges, also won a Grammy at this year's awards for best rap song for "Money Maker."

"We are overwhelmed by the generous outpouring of love, condolences and support from family members, friends, fans and the many well-wishers," said a statement released Monday by Ludacris' family. "We thank you for your prayers and hope you will understand our need for privacy during this sorrowful time."

The statement said Wayne Bridges was "a great influence on his son" and had exposed him to music as a young child.

Florence said the family has chosen not to publicly announce the cause of death and is planning a private funeral in Atlanta.
By Doug Gross