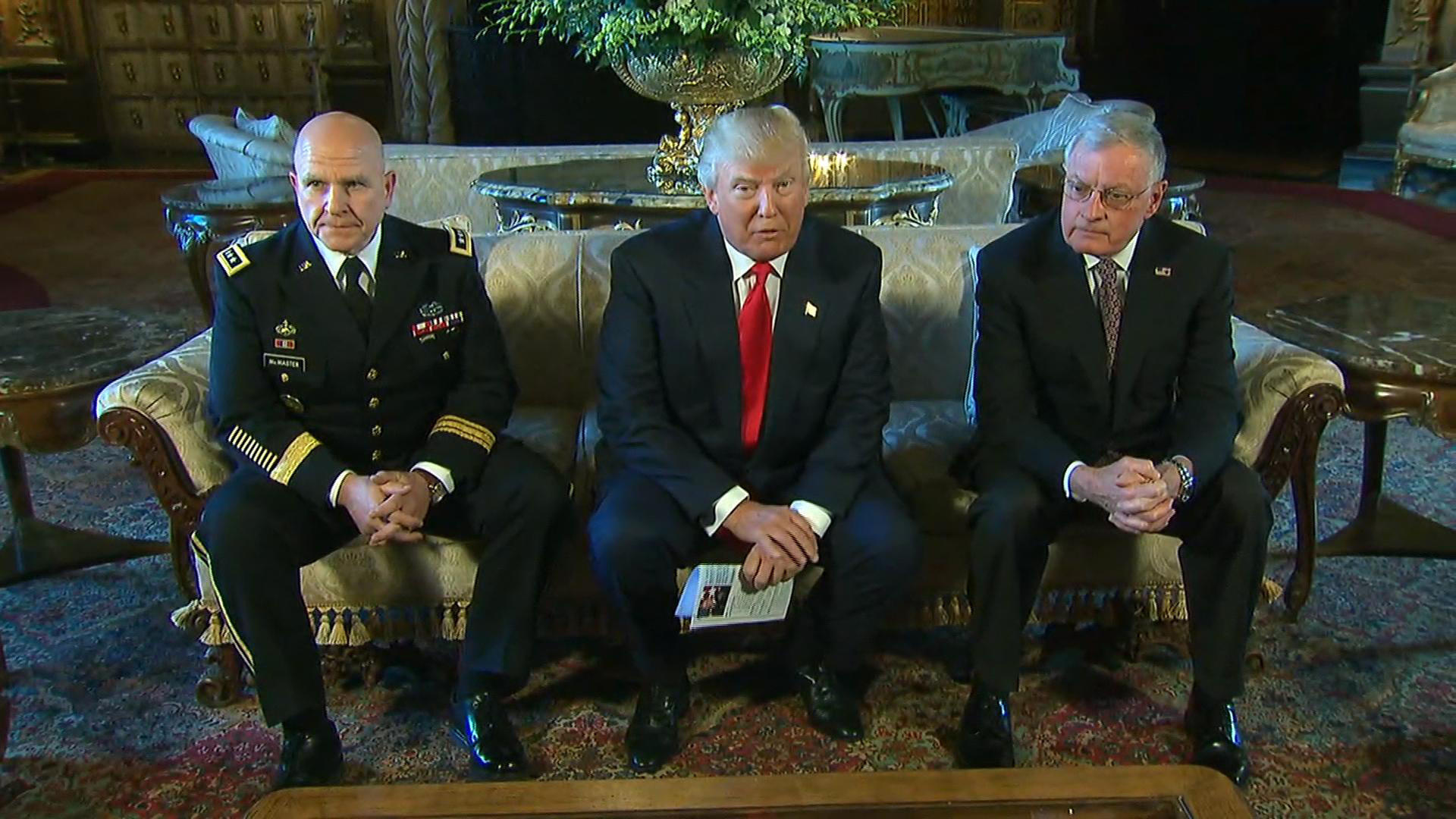 “I just wanted to announce we’ve been working all weekend very diligently, very hard, that Gen. H.R. McMaster will become the national security adviser,” Mr. Trump said at Mar-a-Lago in Florida. “He’s a man of tremendous talent and tremendous experience. I watched and read a lot over the last two days...he is highly respected by everybody in the military we’re very honored to have him.”

Mr. Trump also announced that Gen. Keith Kellogg, who had been serving as the interim national security adviser, will continue serving in his previous role as the chief of staff of the National Security Council.

The president said that he had also met with former U.S. ambassador to the United Nations, John Bolton, and that the administration will work with him in a different capacity, and that he “has a good number of ideas that I must tell you I agree very much with.”

McMaster, a 54-year-old career army officer, is known as one of the most successful battlefield commanders in Iraq, CBS News White House correspondent Margaret Brennan reports.

As an active duty general, McMaster still serves his commander in chief and is less able to make staffing demands. Just last week Retired Vice Admiral Robert Harward turned down the position after a dispute over selecting deputies.

But McMaster is outspoken. His book, “Dereliction of Duty,” criticizes Vietnam-era officers who failed to challenge President Johnson, and he critiqued President George W. Bush during the Iraq war.

McMaster previously served as the director of the Army Capabilities Integration Center and deputy commanding general of futures for U.S. Army Training and Doctrine Command. He has also served as commanding general of the Maneuver Center of Excellence and Fort Benning and commander of combined joint interagency task force Shafafiyat in Kabul, Afghanistan.

McMaster was the focus of a piece from March 2006 by “60 Minutes’” Lara Logan. In one of the first applications of a counterinsurgency strategy, McMaster led the successful campaign to retake the city of Tal Afar from al Qaeda in Iraq.

When McMaster came to the city in May 2005, he told “60 Minutes” that he didn’t realize had badly al Qaeda treated residents.

“They fired mortars indiscriminately into playgrounds, into school yards, across the marketplace to kill innocent civilians. What they really wanted to do was incite fear,” McMaster said at the time.

McMaster served as the commander of the 3rd Armored Calvary and was tasked with recapturing Tal Afar, which he said required winning the trust of the people there.

After the counterinsurgency attack in September 2005, the U.S. military trained a new policy force and McMaster was able to bring together religious leaders who hadn’t spoken in months.

In 2008, McMaster was interviewed by Charlie Rose about the Iraq war and his experience clearing Tal Afar of al Qaeda.

“Try not to define future conflict as you would like it to be because if you do you’re just about guaranteed that it will be nothing like that,” he said.

McMaster replaces Flynn, who was forced out after withholding information from Vice President Mike Pence about his contacts with the Russian ambassador to the U.S.

“I was disappointed to learn that the facts that had been conveyed to me by General Flynn were inaccurate,” Pence said.