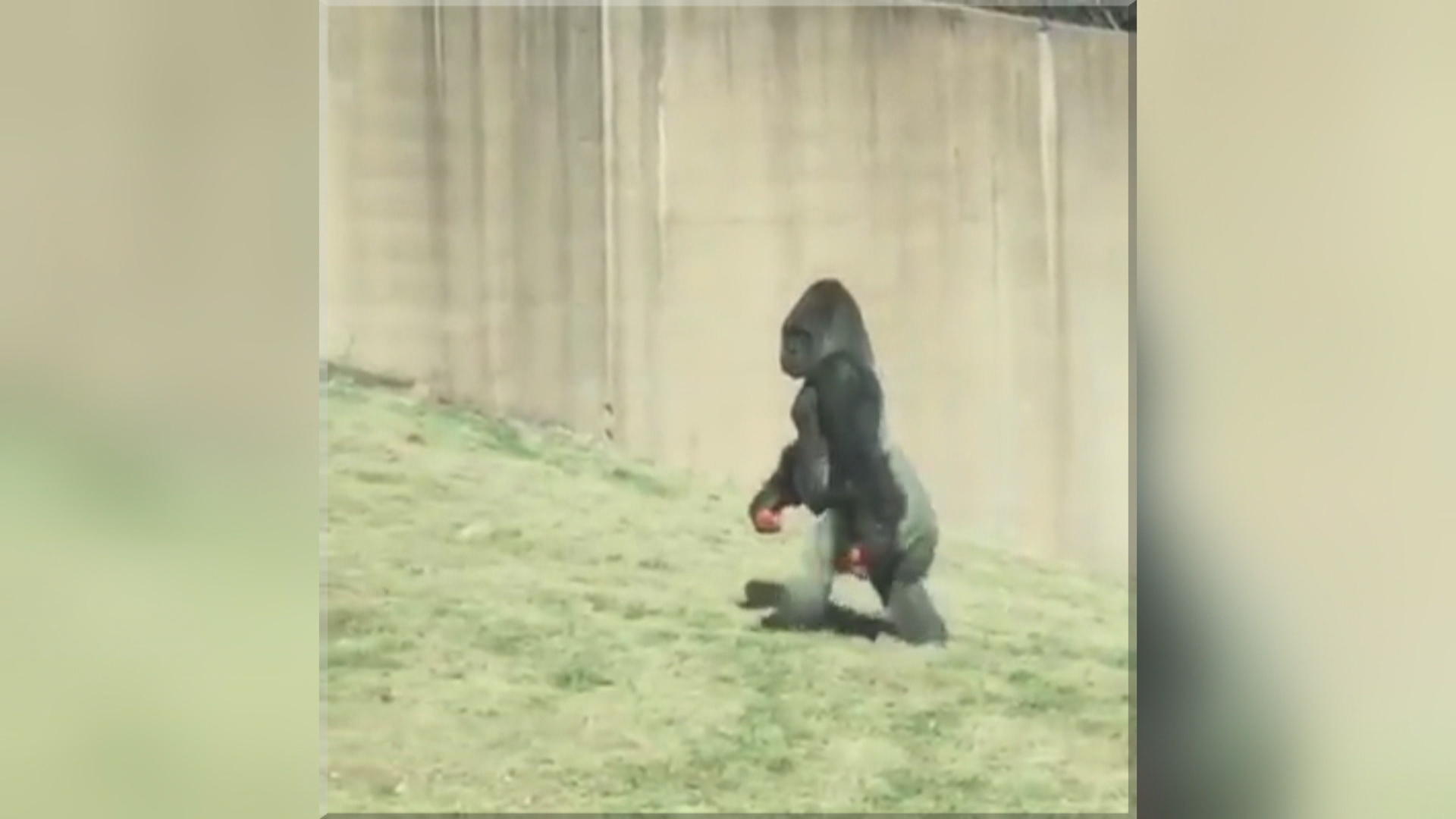 Louis is not like his fellow playmates. The gorilla has been a star at the Philadelphia Zoo for the past 14 years, but new videos have brought him nationwide attention. Weighing in at a hefty 470 pounds and standing at nearly six feet tall, the 18-year-old gorilla prefers to stand on two legs rather than on all fours.

"Gorillas will occasionally stand up for a few seconds or walk a couple of steps, but what we see Louis doing is really walking clear across the yard, and that's quite special," said Michael Stern, a curator at the Philadelphia Zoo.

He says Louis walks upright for a number of different reasons.

"In the video, he does have his hands full of tomatoes, which is one of his favorite treats, and I think he just doesn't want to crush them by knuckle-walking, so he stands up and walks. He'll also do it more if the yard is muddy. For whatever reason, he does not like the feel of mud on his hands and he just likes to stand up and walk sometimes," Stern said.

Gorillas have about 98 percent the same DNA as humans. It is that two percent difference that separates their intelligence and how they walk.

"For apes, it's usually more efficient to walk on all four. However, there is individual variation….I would guess that for Louis, it's not very difficult at all. I think it comes quite naturally to him," Stern said.

Louis is not alone. A 27-year-old gorilla in England named Ambam made headlines in 2011 for his own human-like strut. Both Louis and Ambam walk upright to more effectively gather food, which  scientists say may be one of the reasons humans evolved to walk on two feet.

"Gorillas are such intriguing animals, and you can tell immediately when you look into their eyes that they are so similar to us, that they are so intelligent. And yet there is something so animalistic about them, and powerful. So when you see one acting even more human by walking upright like that, it just makes you realize, wow, those are pretty amazing animals. The world is amazing; nature is amazing," Stern said.

The zoo says that despite his size, Louis is actually quite shy and hates getting dirty. He's been caught using leaves or paper bags to wipe dirt off of his hands and feet. The zoo even installed a fire hose over a mud puddle so Louis could walk across it like a tightrope to avoid getting messy.