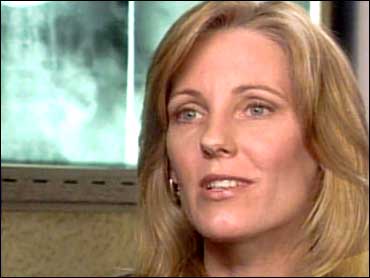 These days, a growing number of people are turning to drastic weight-loss solutions, including surgery, when dieting and exercise don't help them shed unwanted pounds.

But in far too many cases, those operations can have dangerous, even deadly, consequences.

Correspondent Harold Dow offered a preview on The Early Show.

The toll is high: six dead in Iowa, seven in Georgia, another five dead in New England, all within the last year and a half. Even in the best of hands, this is high-risk surgery.

But incredibly, there is no official certification or mandatory training for weight-loss surgery, as there is for cardiology or even cosmetic surgery.

Dr. Julie Ellner says, "Unfortunately, there are a lot of training courses where surgeons can learn how to do this in a weekend, and then go back to their home institutions and say that they're laparoscopic surgeons and try to start up a program."

She is one of the country's leading weight-loss surgeons. And notes, "These are some of the highest risk patients you could possibly operate on. And if you aren't appropriately trained, you could kill people."

Covington has difficulty talking about her daughter. At 235 pounds, Collins had hoped for a new start with surgery. But less than three weeks after laparoscopic bypass surgery at a Houston hospital, she was dead.

Something went wrong during Collin's weight-loss surgery and she developed a fatal infection.

Her husband, David, says, "She never really started talking. I mean, she just never came around."

He tells Dow his wife never left the hospital, that's where she died.

Now, the family is suing Houston Community Hospital. The hospital declines to comment on the case.

Collins' family would like to sue her surgeon, Dr. Ramesh Srungaram, but they discovered he's been sued so often, he has declared bankruptcy.

Asked if she could say something to this doctor, what would she say? Jane Covington says, "I don't think I could say it on TV."