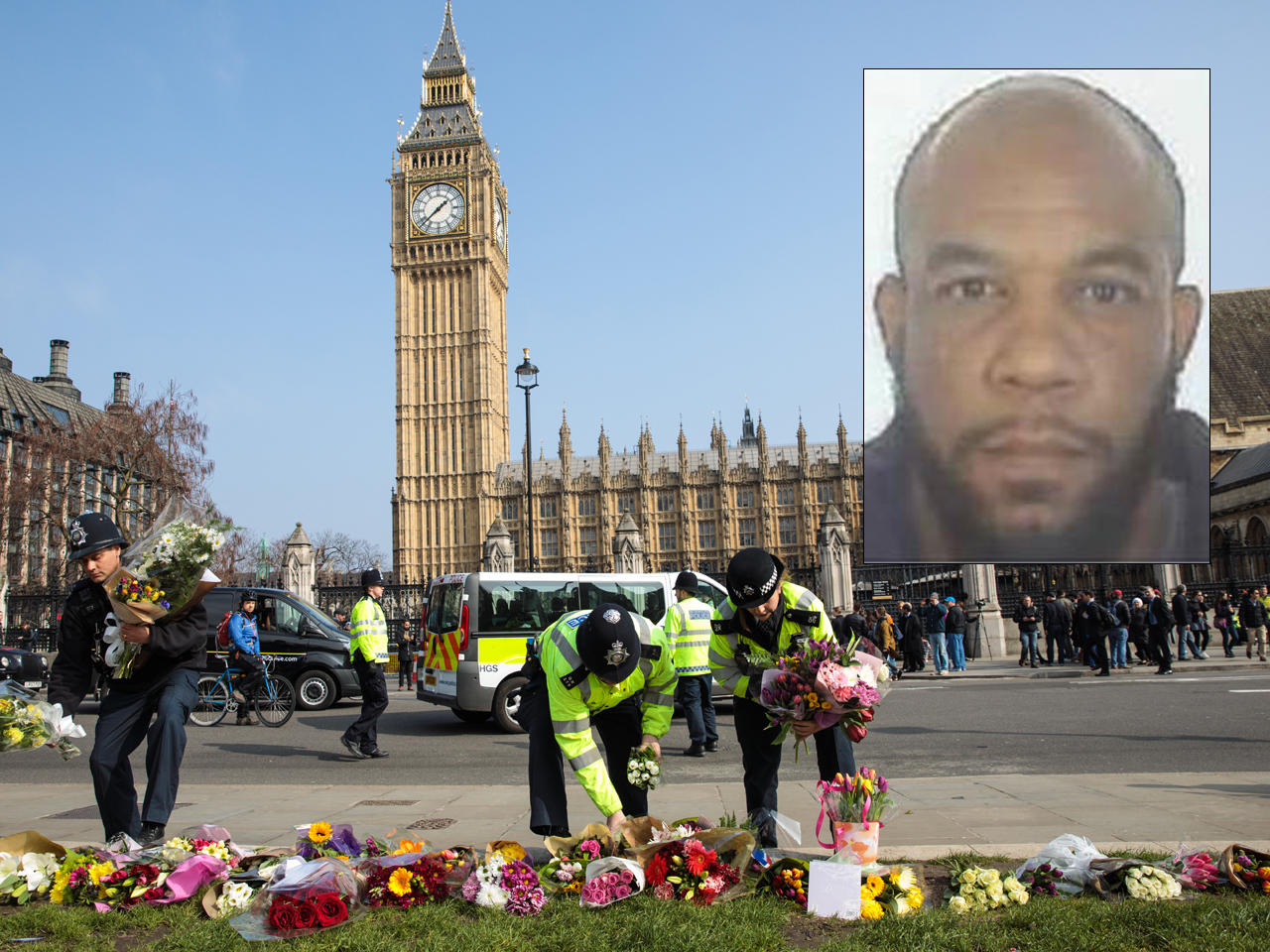 LONDON -- U.K. police are combing through “massive amounts of computer data” and more than 2,500 items seized in searches across the country as they look for clues about why a British-born man became radicalized and launched a deadly attack on Parliament.

London’s top counterterror officer Mark Rowley said the attacker, Khalid Masood, previously used the name Adrian Russell Ajao. In a briefing outside Scotland Yard he also announced two more “significant” arrests had been made. That brings the total number of people in custody for the Wednesday attack to nine.

“We’ve seized 2,700 items from these searches, including massive amounts of computer data for us to work through,” Rowley said, adding that contact had been made with 3,500 witnesses.

Masood drove his car into crowds of people on Westminster Bridge on Wednesday afternoon before stabbing a police officer to death at the Houses of Parliament. He was shot dead by police.

One American man, Utahan Kurt Cochran, was among the dead. He was hit by Masood’s vehicle and thrown off Westminster Bridge, landing on concrete.

Masood, 52, was born in southeastern England and had most recently been living in the central city of Birmingham, where several properties have been searched by police.

Rowley said police want “to hear from anyone who knew Khalid Masood well, understands who his associates were and can provide us with information about places he has recently visited.”

The Islamic State of Iraq and Syria (ISIS) claimed responsibility for Wednesday’s attack. Police believe Masood acted alone, but Rowley said police are investigating whether he “acted totally alone inspired by terrorist propaganda, or if others have encouraged, supported or directed him.”

As of Friday morning, ISIS had provided no evidence of prior communications with or support of Masood. The claim of responsibility was issued by the terror group’s own pseudo-news agency, in a simple statement claiming him as a “soldier of the caliphate.”

Masood had an extensive criminal history stretching back 20 years -- much of it petty offenses. He has been known by a number of aliases, including Khalid Choudri/Choudari.

His first conviction was in November 1983 for criminal damage, and his last was in December 2003 for possession of an illegal knife.

He was never convicted of any terrorism offenses and was not subject to any investigations at the time of the attack.

Prime Minister Theresa May told the House of Commons on Thursday that Masood “was born in Britain and had previously been investigated for suspected extremism by MI5.” She said the probe took place several years ago, however, and that he was not “part of the current intelligence picture.”

Masood was reportedly a father to three children, who as into body building and described himself as a teacher.

He is believed to have moved around a number of address in recent years, including properties in East London, in the southern county of East Sussex and, most recently, a property in the Winston Green district of Birmingham, in central England, which he left in December 2016.

The manager of a hotel where Masood stayed the night before he plowed his 4x4 into pedestrians on Westminster Bridge and then stabbed a police officer at Parliament said Friday that he seemed unusually outgoing and mentioned details about his family, including having a sick father.

“He was normal, in fact friendly, because we spent possibly five or 10 minutes talking to him about his background and where he came from,” Sabeur Toumi told CBS partner network Sky News on Friday.

Police raided the room at the Preston Park Hotel in Brighton after the attack, searching for clues about Masood.

Toumi said Masood checked in under his own name and mentioned having a couple of children, as well as troubles with an ailing father. Among the items seized were the trouser press and the toilet paper holder.

A neighbor at the Hagley Road, Birmingham address searched by police last night told the Telegraph: “He seemed like a normal calm and kind family man, always with a smile on his face.”

Another neighbour, Iwona Romek, a cake factory worker from Poland who has lived in Birmingham since 2005, told the Telegraph that the man  - who she said looked in his late 40s - had lived at No. 4 Quayside, in the Winston Green district, for around seven months, before leaving suddenly about two months ago.

He lived with a woman of Asian appearance in her 30s who covered her hair with the hijab when outdoors, and their five year old child.

“I used to see them taking the child to school in their car. The man would smile but we never spoke,” said Mrs Romek, whose children are aged 25, 15 and eight. “He seemed like a normal calm and kind family man, always with a smile on his face.”