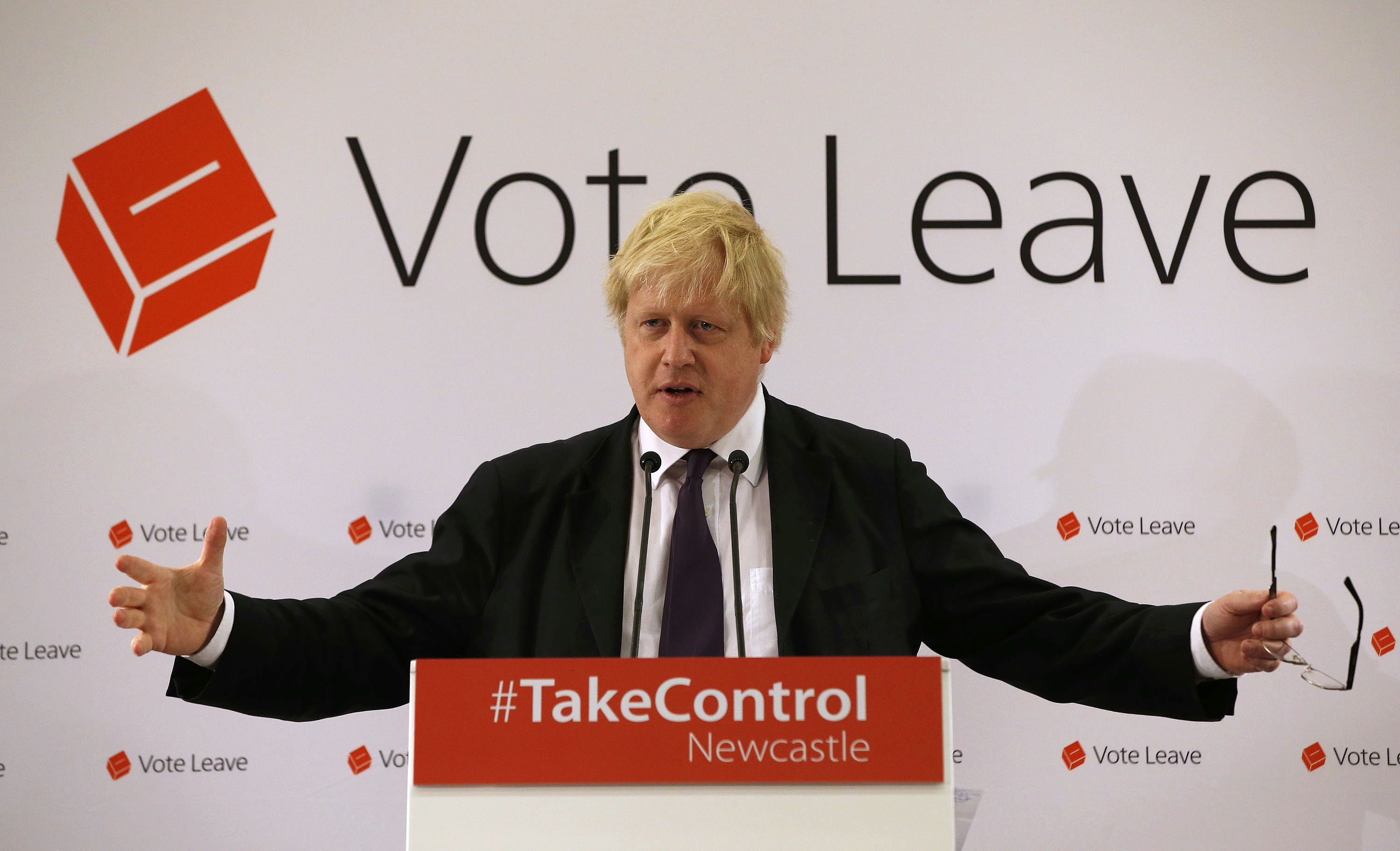 LONDON-- London Mayor Boris Johnson has accused U.S. President Barack Obama of hypocrisy for supporting those who want Britain to stay in the European Union.

Speaking just days before the American leader travels to London, Johnson told the BBC there is no way the United States would share sovereignty the way EU membership requires.

"I don't know what he is going to say but, if that is the American argument then it is nakedly hypocritical. The Americans would never dream of it," he told the BBC.

Mr. Obama has voiced support through aides for the United Kingdom remaining in the EU. But the White House has suggested that during his visit the president will stress that it is up to the British people to decide their future in a June 23 referendum.

Johnson says that while Mr. Obama has the "perfect right to make any intervention he likes," it is "nakedly hypocritical" to lend his weight to the campaign to stay in the EU.

The topic of Britain's EU membership, which has been dubbed "Brexit," is a touchy one overseas, with polls showing a relatively even divide on it.

There's also no clarity on what exactly would happen if Britain were to decide to leave the EU because no established economy has ever done so before. Only Greenland left an earlier, more limited version of the bloc in 1985.