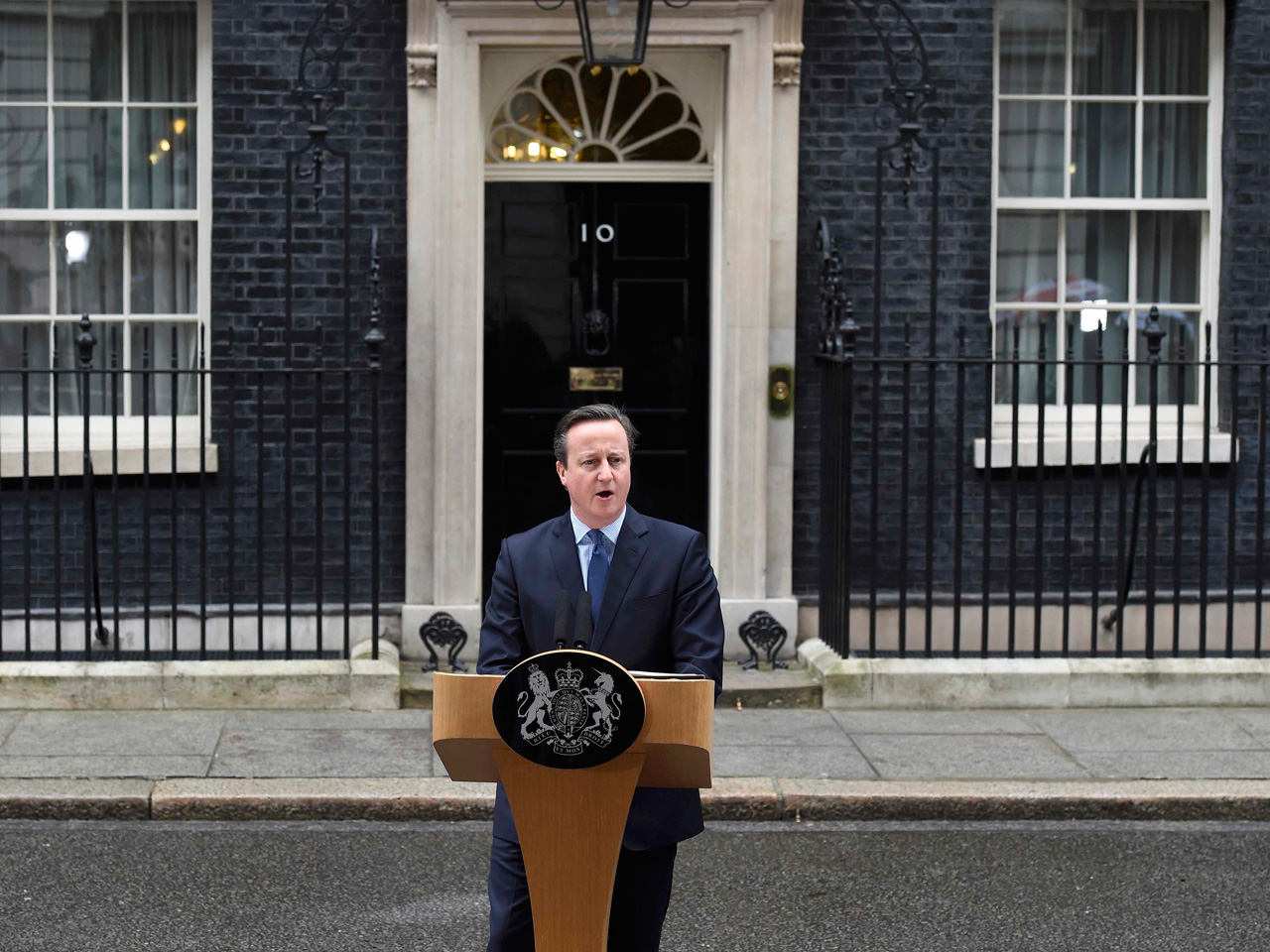 LONDON - David Cameron has launched a major push to win support for his call to keep Britain inside what he says is a "reformed" European Union ahead of a June 23 referendum.

The British prime minister used a TV appearance Sunday to emphasize that Britain's national security is best served by staying in the 28-nation bloc. He cited emerging challenges from Russia and the rise of extremist groups in the Middle East as threats better dealt with as part of an alliance.

"In a world where you have got Putin to the east and ISIL-Daesh to the south, how do you stay strong?" he asked, using alternative acronyms for the Islamic State group. "By sticking with your neighboring countries, your partners and your friends."

Cameron has seen Justice Secretary Michael Gove and several junior ministers defect to the "leave" campaign, but he has so far held the major figures in his Cabinet on his side in the referendum debate that is dividing his Conservative Party.

Both sides are waiting anxiously for London Mayor Boris Johnson - the most senior and popular Conservative yet to declare his position - to state where he stands on the referendum, with "leave" forces hoping he might lead the charge to break free of EU rules and regulations.

The BBC reported, without citing sources, that Johnson will campaign for "Brexit," dealing a huge blow to Cameron. Johnson's official decision is expected to be announced later Sunday, although his office has declined to specify a time.

Nigel Farage, the UK Independence Party chief who is playing a prominent role in the "leave" campaign, said he "absolutely" wants Johnson to join the group rejecting the EU.

Cameron plans to start the formal referendum process Monday by going to Parliament to set the wheels in motion for the June 23 date. He is arguing that those who support Brexit, or a British exit from the bloc, because it would slow the flow of migrants into Britain are mistaken.

He said any trade deal Britain would negotiate with the EU if it left the bloc would have to allow the free movement of labor in order to satisfy EU demands.

The prime minister also cautioned that it if Britain pulls out, it would take years to negotiate such a deal, giving British companies access to European markets.