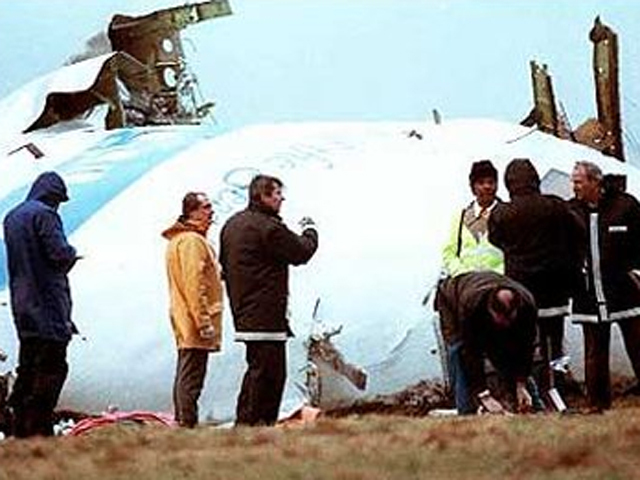 One of the most horrifying episodes of Moammar Qaddafi's reign was the 1988 bombing of Pan Am Flight 103 over Lockerbie, Scotland.

Eight years ago, Qaddafi took responsibility for the blast that killed 270 passengers and crew members. Of those killed, 189 were Americans, including 35 students from Syracuse University who were returning home from London.

Now, the families of the victims say theyr'e so happy about Qadaffi's death, they literally plan to offer a toast to it.

They also say they'd like to see a comprehensive post-Qadaffi investigation by the U.S., in Libya, of the bombing.

On "The Early Show," Susan Cohen, who lost her daughter, Theodora Cohen, in the blast, said she'd like to see the U.S. get more answers and find out who else may have been involved now that the Libyan leader is dead.

Abdel Baset al-Megrahi, a Libyan whose family claims is now in a coma and near death, was the only person convicted in the bombing.

Cohen said, "What I hope is that the U.S. Justice Department will send people into Libya. ... I mean, I wish (al-Megrahi) could be returned to prison. I'd doubt it will happen. I think, now, let's get as much information out of him as we can. I think he'll live long enough for that. I've been hearing about his death for years, and I think he will hold on a lot longer."

But, she added that she feels "just wonderful" since learning of Qaddafi's death.

Cohen said, "I have waited for years for this. ... And, if you had asked me a year ago, I would have thought this was impossible, it would never happen. And it happened. I'm going to drink a bottle of champagne. I just feel better than I have ever felt since December 20th, 1988, before the bombing."

"We had all worked so hard to try to bring some sense of justice to this," he said. "We had one Libyan agent convicted. We knew Qaddafi was behind it. We knew the state of Libya was behind it. But we had gotten one (Libyan) agent convicted, and it was through the tireless work of the people in the Justice Department and the law enforcement officials in Scotland, and it was all undermined, and for cynical reasons. ... At this point, I don't believe anything I hear about it (and) we'd love (al-Megrahi) to serve out his sentence in the United States, because we don't trust the Scots anymore, obviously."

Al-Megrahi, who was convicted for the bombing in 2001, was freed from a Scottish jail on compassionate grounds in August 2009, after doctors estimated he had three months to live. He was greeted as a hero in Libya and appeared on TV in a wheelchair at a pro-Qaddafi rally. He is believed to still be alive.

Cohen said he heard the news of Qaddafi's death when he was dropping his kids off for the bus.

He said, "My wife called me and said to me, 'Qaddafi has been killed. No, he's been captured. No, he's been killed. They can't figure it out.' And I had this moment of excitement. I had been fantasizing about this moment for 20 years. I was wondering how I would react, and I think the one reason why it was more excitement, rather than just simply satisfaction, was the fact that I knew it was tied to the freedom of the Libyan people. It gave it more significance and more meaning rather than just justice, it was tied into the end of tyranny and the freedom of the Libyan people."

Flynn said Qaddafi's story "had to end this way."

"It's a little bit of poetic justice," he said. "I think my fantasy was always about American special forces going in and getting Qaddafi, similar to how we were able to kill bin Laden, and I think our reaction there was appropriate. It's a little bit more subdued in this case, enabling them and empowering the Libyan people to free themselves puts the U.S. in a better situation.

"I've actually never been prouder to be an American," he said. "The fact we stood up and supported not just the pursuit of justice, and perhaps it could have been done sooner, but also supported the Libyan people and their freedom."