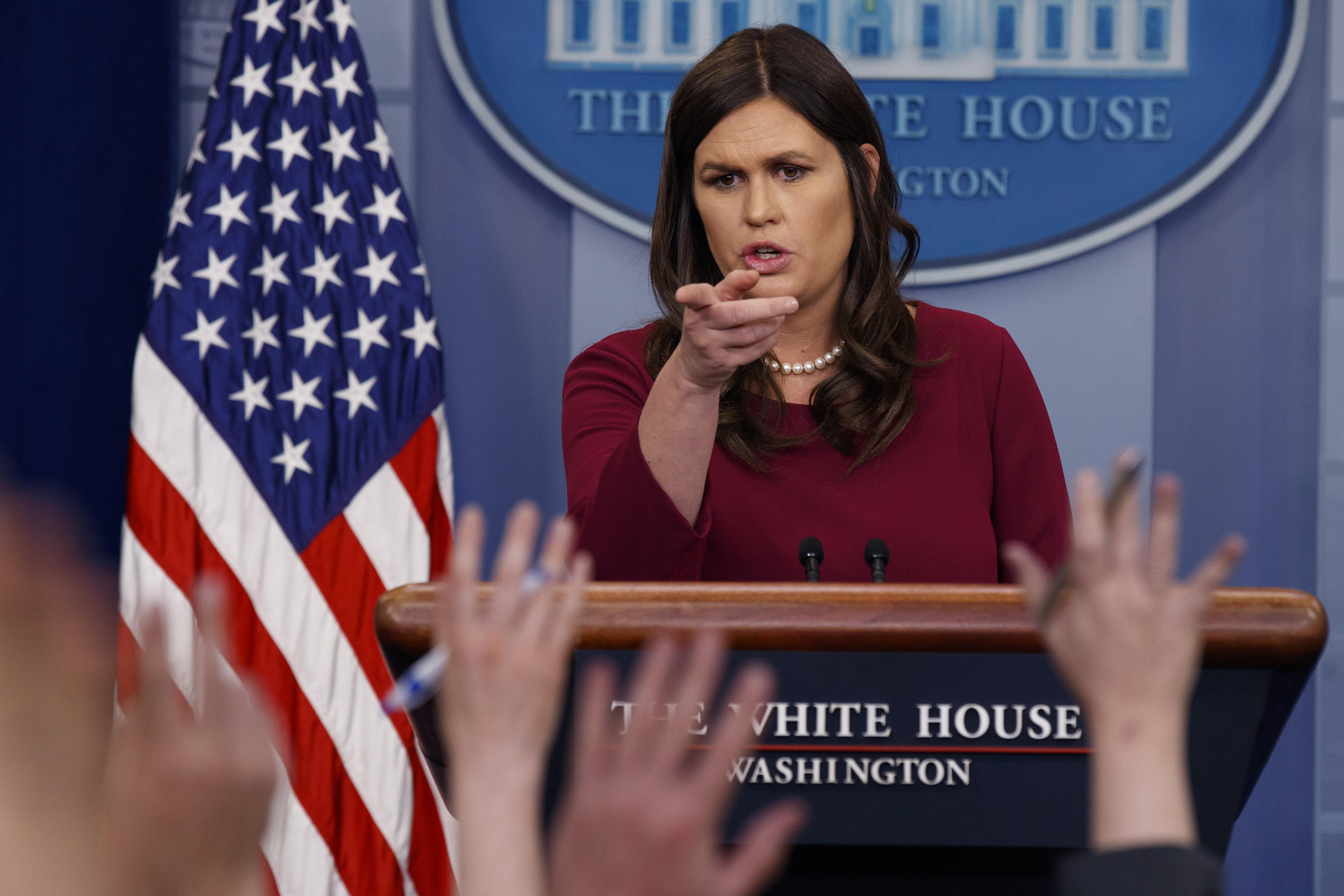 Sanders did not know whether Michael Cohen still represents the president, nor whether they'd spoken in the last 24 hours.

The home raid of Mr. Trump's personal lawyer became public knowledge Monday. While the news visibly frustrated Mr. Trump, he gave no definitive answer Monday as to whether he would fire special counsel Robert Mueller in light of the raid, calling the action a "disgrace."

The president was ambiguous about Mueller's future, fueling speculation that he might eventually fire the special counsel. Sanders said the president believes he has the authority to fire Mueller, should he so choose.

"We've been advised that the president certainly has the power to make that decision," she said.

CBS News' Paula Reid asked Sanders about this, emphasizing that "most legal experts believe that he would have to order deputy attorney general Rod Rosenstein to fire Mueller, and Rosenstein could of course refuse."

"I know a number of individuals in the legal community and including at the Department of Justice said he has the power to do so, but I don't have any further announcements," Sanders said.

At one point, Sanders was asked whether Mr. Trump has ever considered resigning, an idea she forcefully dismissed.

"No, and I think that's an absolutely ridiculous question," she replied.