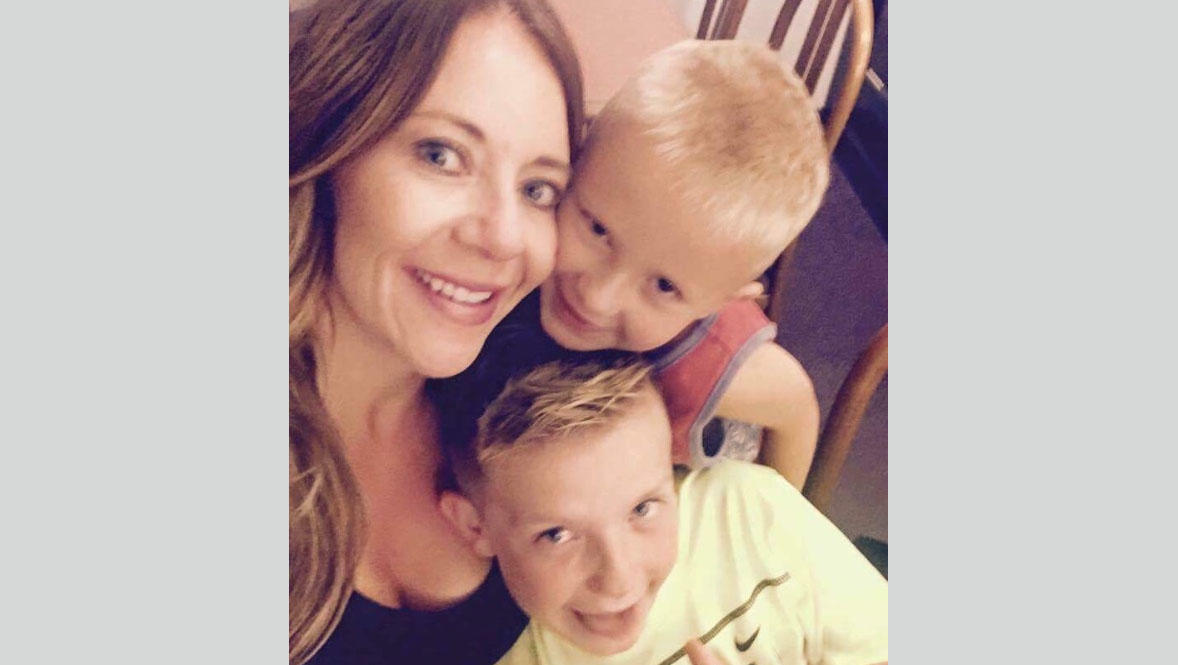 SANDY, Utah - A Utah shooting that killed a mother and son and critically injured the boy's brother marks the latest blow for a mourning family that's watching a son who survived a brain aneurysm last year again fighting for his life, a family spokesman said Thursday.

The attack happened as Memorez Rackley, 39, was walking her sons home from school in the Salt Lake City suburb of Sandy Tuesday, police said. She'd had some kind of relationship with Jeremy Patterson and told police he was harassing her via phone days before he fatally shot her and Jase Rackley, 6, before killing himself, police said.

"It just happened. It was extremely terrifying," White said. "He's kind of like a little walking miracle."

The boy missed his 5th grade graduation Wednesday, so the students, teachers and parents read his name aloud and gave him a standing ovation, said classmate Chloee Walker.

The shooting came three days after Memorez Rackley called police to report Patterson was harassing her in the early-morning hours Saturday. She asked them to tell Patterson to stop contacting her, said police Sgt. Jason Nielsen.

The violence unfolded near the home of Kathy Peterson, who heard screams and pounding at her front door and opened it to find a hysterical woman and three young girls cowering, one of the girls covered in blood. She heard gunshots nearby in the middle-class neighborhood as she opened the door and brought them inside to safety.

"He's killing everybody and he's trying to kill us," the terrified woman told Peterson through tears.

Peterson said the woman who showed up at her door said she was driving her two daughters and another girl home from the same elementary school when Rackley flagged her down asking for help.

After getting the woman and children inside, Peterson said she said a prayer and gave the girls teddy bears until paramedics arrived to take the mother and her daughter to the hospital. The girl was shot in the leg and was hospitalized in stable condition, Nielsen said.

That woman had stopped to help Rackley and her boys shortly before Patterson, 32, started ramming her SUV with his truck.

Police have not identified the driver, and police declined to give an update on the girl's condition Thursday, citing a family request for privacy. Police initially reported Myles Rackley's age as 9.

The extent and nature of Rackley and Patterson's relationship and the motive for the shooting remained unclear Thursday as detectives probed leads, Nielsen said.

Patterson lived in the nearby suburb of Draper, where neighbor Patricia Briennieson described him as a muscular man who looked like a body builder and had a mixed-martial arts sticker on the back window of his pickup truck.

Rackley was married to another man and Patterson was not the father of her children, police said.

Parent Toni Linsenmeyer said Rackley and her husband had been separated but that both attended all of their 6-year-old son's soccer games in the spring.

Linsenmeyer's daughter was in the boy's school class and played on the soccer team, which was coached by Rackley's husband.

"It breaks my heart," Linsenmeyer said.